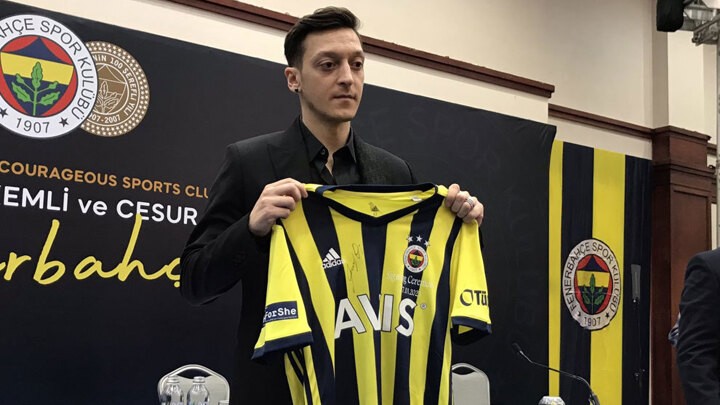 Mesut Ozil has been officially presented by Fenerbahce, where he will earn three million euros per season.

This is a huge drop in wages compared to the 16m euros per season that he used to earn at Arsenal, with whom he parted ways in January.

Fenerbahce have released through KAP, the Public Disclosure Platform, the details of Ozil's deal, one which states that the Turkish side will pay the midfielder around 500,000 euros until the end of this campaign.

Meanwhile, Arsenal could receive a bonus of up to 2m euros depending on the 32-year-old's performance.

Ozil will don the No.67 on his shirt, a figure that identifies cars' licence plates from the province of Zonguldak where his parents come from.

Born in Gelsenkirchen, Germany, in 1988, Ozil kickstarted his career at Schalke and in 2010 he signed for Real Madrid, before moving to Arsenal three years later.

He was a Germany international until 2018 when he retired following controversy after he posed alongside Turkish President Recep Tayyip Erdogan in what was interpreted as political endorsement shortly before the country's elections.

"I have always played under pressure and there will also be pressure here, but it is different because Fenerbahce are a club that I love and value," Ozil said in his presentation.

"I have always supported Fenerbahce and will continue to do so.

"I remember when I was young I watched Galatasaray, Fenerbahce and Besiktas games and I became a Fenerbahce fan."