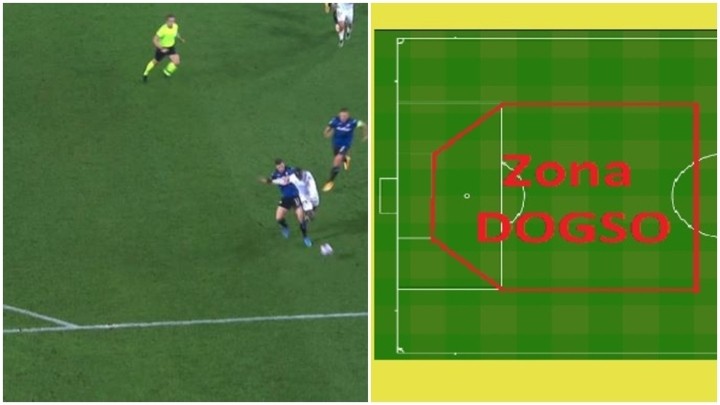 Remo Freuler's early sending off for Atalanta against Real Madrid sparked controversy, with many believing that referee Tobias Stieler's decision to flash a red card was excessive.

The Swiss midfielder fouled Ferland Mendy as he approached the Atalanta area, and was deemed to have denied a goalscoring opportunity for the Frenchman, although the Italians are of the opinion that a yellow card would have sufficed.

Stieler showed the red card as he believed the fouled denied Mendy a chance to score, and there are four fundamental requirements to determining whether such an action is worthy of a straight red card.

The first is the distance between the incident and goal, which wasn't in question.

The second is the probability that the player is in control of the ball, which again wasn't up for debate.

The third, again undisputed, considers the positioning of other defenders likely to reduce the attacking player's chances of scoring.

But the fourth point is the direction the ball is headed at the point of the foul, and this is where Atalanta can feel aggrieved.

It has to be remembered that all four points must be met in order for a red card to be shown. If not, the chance is no longer clear and it is only considered to be a promising attack, which is punishable by a yellow card.

Mendy and the DOGSO area

There is no doubt that Freuler fouled Mendy in the area drawn up to help referees determine whether a foul does deny an obvious goalscoring opportunity (DOGSO), but there are uncertainties as to where he would have next touched the ball had he not been brought down by Freuler.