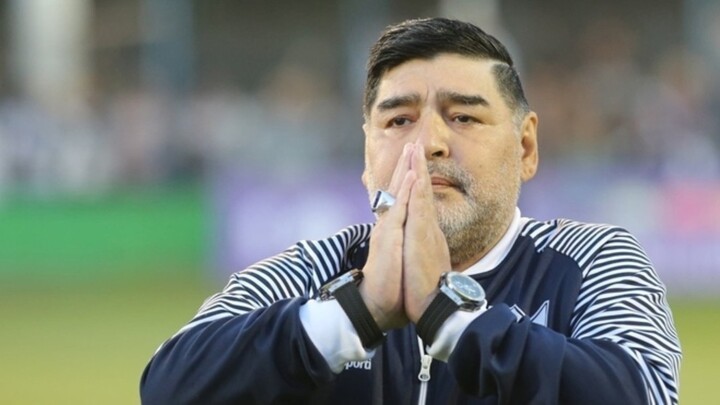 Mariana Copland has shared the story of when she met Diego Maradona and how the former Argentine superstar helped her to bounce back from depression.

The two met at in March 2007 when Maradona was taken to a rehabilitation clinic due to his issues with alcohol.

"[Maradona was there] for his alcoholism problems, I was there for a horrible depression," said Copland.

"I was taken there a month and a half before him.

"When he arrived, I began to see that there was something else.

"He helped me want to get up, we played volleyball and he nicknamed me 'speedy pen' because I spent my time writing,

"One day I had a horrible crisis and three nurses tried to calm my anguish.

"They tied me to a bed and gave me an overdose of midax.

"The next day I woke up with half of my body paralysed.

"I was drooling. I couldn't walk. I was half asleep.

"But Diego stood up, opened both arms, covered me and said 'don't do that to the girl'.

"They argued for several minutes and I cried."

Then, Maradona called the girl's mother and advised her to not let her daughter spend the night at that place.

"He did not leave my side for a minute," added Copland.

"I remember that he told [my mother] 'it could be my daughter and we are waiting for you here'."

The girl revealed that she suffered from depression after breaking up with her boyfriend. When Maradona learned the story, he signed a sheet and wrote a message for Copland's ex-boyfriend.

"[He wrote] 'Nicolas, you are a wimp'," recalled Copland.

"And he looked at me after signing it and said 'don't be a coward, give it to him'.

"Nicolas, if you read this, you were always an as***le, but until Maradona explained it to me I didn't understand it."