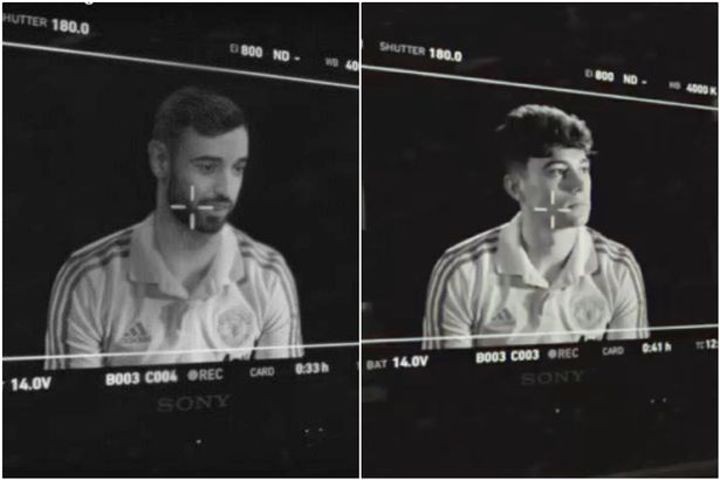 United are exploring the possibility of signing the midfielder this month as Ole Gunnar Solskjaer seeks to strengthen his options in the engine room following injuries to Scott McTominay and Paul Pogba.

Speculation surrounding Fernandes has sent United fans crazy - the midfielder sent a cryptic tweet prior to the win against Wolves and his agent deleted his Twitter account - with hundreds of supporters bombarding Sporting Lisbon's feed with calls to announce his departure.

In the craziness, an image has emerged on social media appearing to show Fernandes being interviewed wearing Manchester United training gear in a welcome to the club style video.

However, this picture is fake.

The real image comes from an interview with Daniel James following his arrival from Swansea for £15million.

The image first appeared during the summer transfer window when speculation was rife that United would make a move for Fernandes.

In fact, United did not approach Sporting with an offer and club sources expressed their 'irritation' at planted stories in the Portuguese media.

James conducted his Manchester United arrival with MUTV after his switch was complete and Fernandes' face has been edited on top.