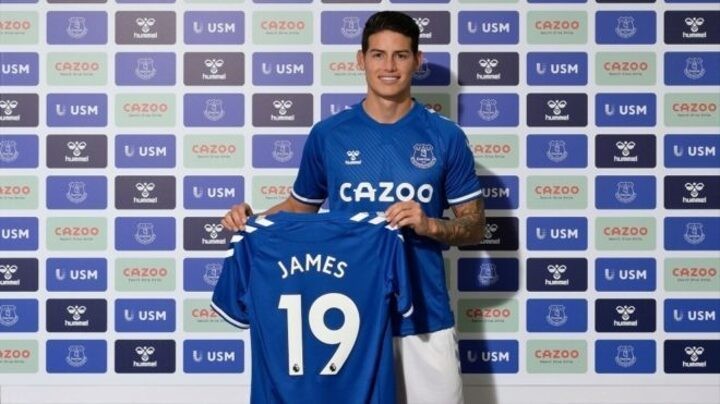 Everton started the season in spectacular fashion, which even saw them top the Premier League table for a while. However, in recent weeks, their form has nosedived and they have dropped down to eighth.

The downturn can be linked to the performances of James Rodriguez, but there are five main reasons why the Toffees have been struggling of late.

Carlo Ancelotti has found himself without several key players after an excellent start to the campaign, either due to injury or suspension. This has happened with James, but also with Richarlison, Andre Gomes and, more recently, Lucas Digne.

There is another key absence in terms of what he means for the group and that is Seamus Coleman, who is a leader in the dressing room. All of these unavailable players have caused Everton to come up short in recent games.

James started the season on fire, providing assists and scoring goals as Everton shot up to the top of the table.

But, after the first international break of the campaign, James suffered a blow against Liverpool that he struggled to recover from. Without the Colombian at his best, Everton have lacked creativity.

3. Fragile at the back

In the last six matches, in which Everton have lost four, drawn one and won the other, they have conceded 12 goals.

As such, it is almost like their defence has been a sieve, although the problem seems to be the system in general. Their opponents are creating danger whenever they fancy.

The Italian coach has also made some poor decisions. For instance, Yerry Mina has been made the scapegoat for Everton's struggles at the back.

Ancelotti opted to drop him for the match against Leeds, which Everton lost 1-0, but the truth is that they easily could have conceded more.

5. Lack of options on the bench

Almost every team has studied Everton's way of playing and figured out that the best way is to stop James as far back towards his own goal as possible.

What is noticeable is that Ancelotti does not have players available that he can turn to and firmly believe that they will change the game.