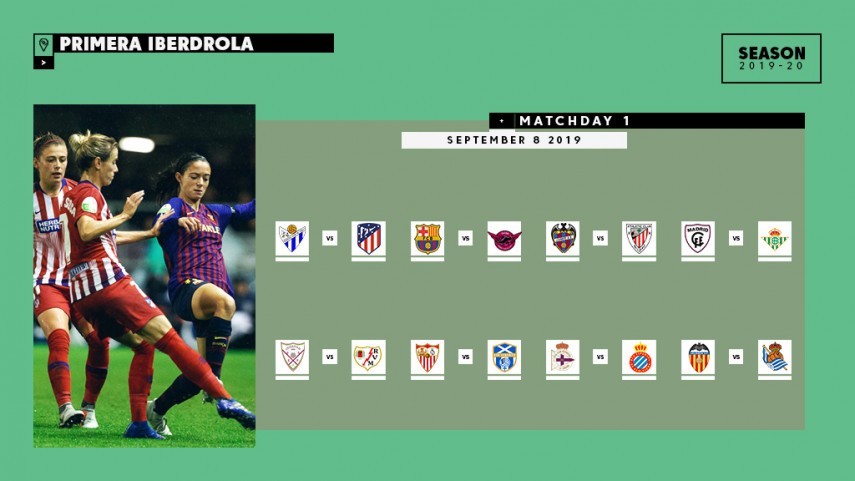 The fixture list for the 2019/20 season in the Spanish women’s first division was unveiled on Thursday 1 August.

Valencia and Levante fase off on Matchday 13, on the 14/15 December, with Valencia home advantage. The return is Matchday 28, on the 2/3 May. Athletic Club and Real Sociedad play the Basque derby on Matchdays 5 and 20. The first derby will be in San Sebastian on October 12/13, and they meet again in Bilbao on February 15/16. The Catalan derby between Espanyol and Barcelona is on Matchday 13, at the home of Espanyol. They play the Mini Estadi on Matchday 28 (2/3 May).