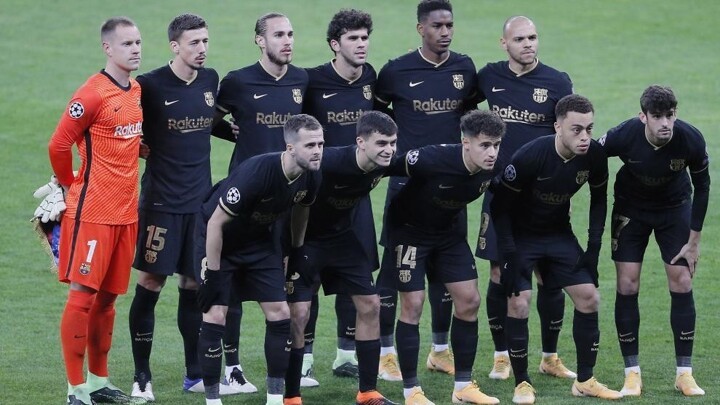 One of Barcelona's necessities in recent years has been to refresh their squad with younger players after several seasons without changing the core of their squad.

Slowly but surely, their squad got older and older as their key men aged and injury risks rose as their performances dropped.

That led the club's sporting management, including coach Ronald Koeman, to look to rejuvenate the squad with younger players to give a new look to the squad.

In Kiev, it was evident that their mission has been successful as the side which faced Dynamo Kiev had just one player who started in the humiliation they suffered against Bayern Munich in Lisbon as Marc-Andre ter Stegen started in goal.

The team was not Koeman's strongest, including several reserve options such as Trincao, Carles Alena and Oscar Mingueza, who joined other youngsters in the side like Sergino Dest and Pedri.

The side played well in Ukraine and proved what they are capable of, despite the line-up having an average age of just 24.09 years of age, with just one player over the age of 30 in Miralem Pjanic.

It was in stark contrast to the team selected to play Bayern Munich in August, which had an average age of 29.5 years, including six players over the age of 30 including Gerard Pique, Jordi Alba, Sergi Busquets, Arturo Vidal, Lionel Messi and Luis Suarez.

Even some of those players themselves recognised the need to freshen things up within the team, including Pique, as part of a transformation of the squad.

This season, players like Frenkie de Jong and Ansu Fati have stepped up alongside the aforementioned Pedri and Dest, who arrived in the summer, as well as rotation options like Trincao and Ronald Araujo.

In Ukraine, Riqui Puig also made his Champions League debut and Konrad de la Fuente made his first team debut.

Youngsters, but not from the club

Part of this process has included Koeman's wish to include talents from La Masia, but against Dynamo only two such players were present: Mingueza and Alena.

The former only played due to an injury crisis in defence while the latter has barely featured this season.

Koeman has shown that he has no fear to play young players, like Pedri who only turned 18 on Thursday, or Ansu Fati of the same age.

This is also reflected in the transfer targets of the club, which include Memphis Depay, aged 26, and 19-year-old Eric Garcia.