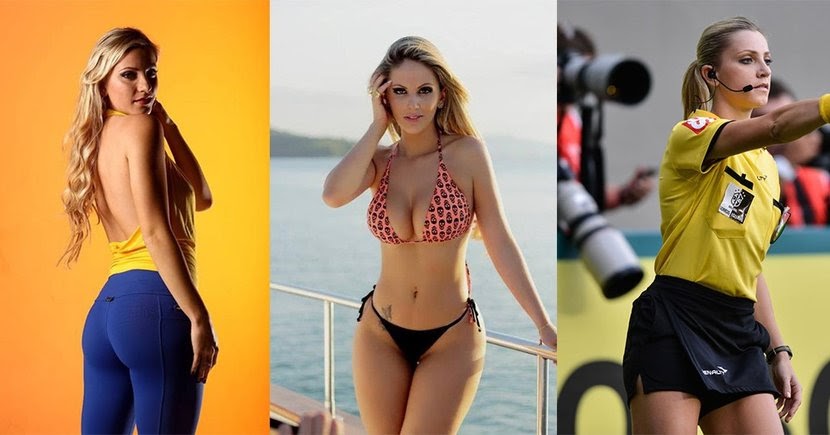 Female soccer referees are considered one of the interesting topics that many football fans are interested in. Every time the girls go to the football field, they are always extremely beautiful and hot. Join us to learn about these female referees right now.

Football is a sport that attracts anyone of any age, gender, regardless of skin colour, religion and nationality. Besides male soccer referees, there are still talented and beautiful female soccer referees. Here are details about the beautiful and charming female referees that football fans cannot miss.

Fernanda Colombo Uliana, female football referee was born in 1991 in Brazil. Since her appearance until now, she has always attracted all the attention thanks to her beautiful look and sexy S-shaped body.

She is currently the assistant referee of the Campeonato Brasileiro Série A. She started her career as a female football referee in Brazilian leagues at the age of 25.

Because of possessing charming blonde hair, accompanied by a fiery body, Fernanda quickly became a seductive goddess on social networks.

Few people know that in addition to referee, Fernanda is also a sports reporter for the site Metropoles in Brazil. In the past, Fernanda used to work as a model but eventually chose football to make a living.

Claudia Romani - the "no age" beauty of Italy

Indeed, the attractive beauty along with the fiery body of Claudia Romani has helped her many times become the hottest beauty of the female football referee.

Although up to now, the Italian girl is approximately 40 years old, her beauty is more and more prominent and attractive than before.

Romani was able to attend the matches in Serie A and Serie B. But, who will focus on football when this female referee stands on the field?

Kostyunina (Russia)- a beautiful and charming female referee of Russia

The referee girl is welcomed by the media with her beauty and charm. This female referee started pursuing work with a ball from the age of 21. 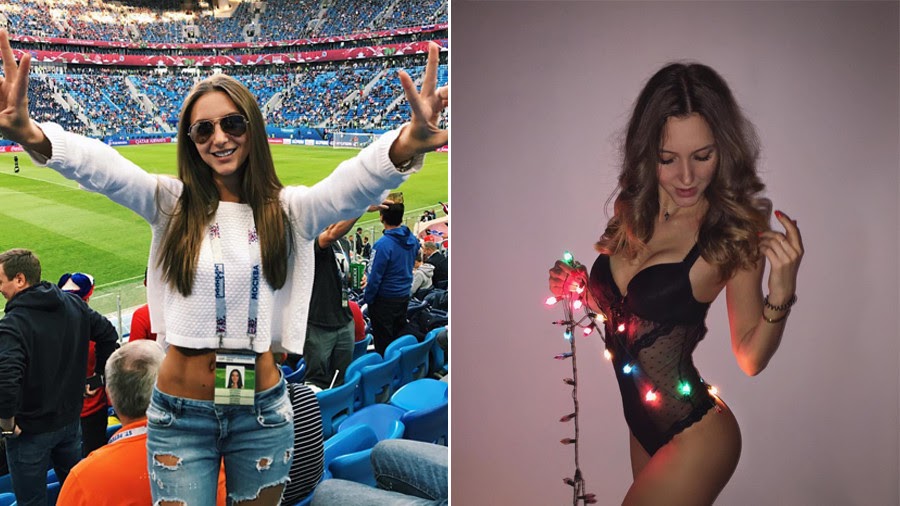 The 'super charming and beautiful' female referee-Fernanda/ Ph.maneclect.com
She was born and raised in Russia and quickly became one of the famous female football referees. Not only thanks to her beauty, but she is also a "rare talent" in football "in the birch country" thanks to her very good expertise.

Elena Tambini is known as the talented and beautiful soccer referee of world football. She has been diligently pursuing the referee course and gradually conquering the prizes from small to large.

The worthy result for this beautiful girl was Italy's 5th-grade playground in 2014. Although she wanted to do more than that, even holding the whistle in the country's highest tournament, Elena did not meet the physically required.

The thought that a beautiful referee would put aside her dream with the sport of King to work as a model. However, she turned to work as a football commentator for the famous Italian Mediaset Premium channel.

With a beautiful face and a graceful smile, Tambani is considered one of the most beautiful football referees.

Joanna Charaktis - beautiful and steadfast on the pitch

Joanna Charaktis scored in the hearts of the audience and players not only thanks to her lovely face but also her steadfast, well-mannered personality as a referee.

Few people know that, before turning to the female football referee, Joanna was a player in the Australian National Championship. At the age of 15, she just started pursuing a career with a whistle and until now, she is a FIFA referee.

Notably, in 2016, Joanna was awarded the title "Best Female Referee of the Year" by the Victorian Football Federation (Australia).

Amy Christophers - from a glamorous supermodel to a talented referee

Having had a period of 10 years as a professional lingerie supermodel, Amy Christophers attracted the opponent's eyes thanks to her fiery face and body. She moved to her second job when she became a soccer referee. This is an unexpected, daring decision of British beauty.

The sexiest female soccer referee in the fog has the ambition to hold the whistle to control Premier League matches. Perhaps nothing can stop this beautiful, brave girl from doing what she wants.

The newspaper "The Sun" did not hesitate to give Karolina Bojar the title of the sexiest female football referee in the world. The Polish girl has been noticed since 2017 with her beauty that surprised the entire football stage.

Starting as a line referee, Bojar has been in the profession since the age of 17. In addition to holding the whistle on the field, she is currently a law student at a university in Poland. 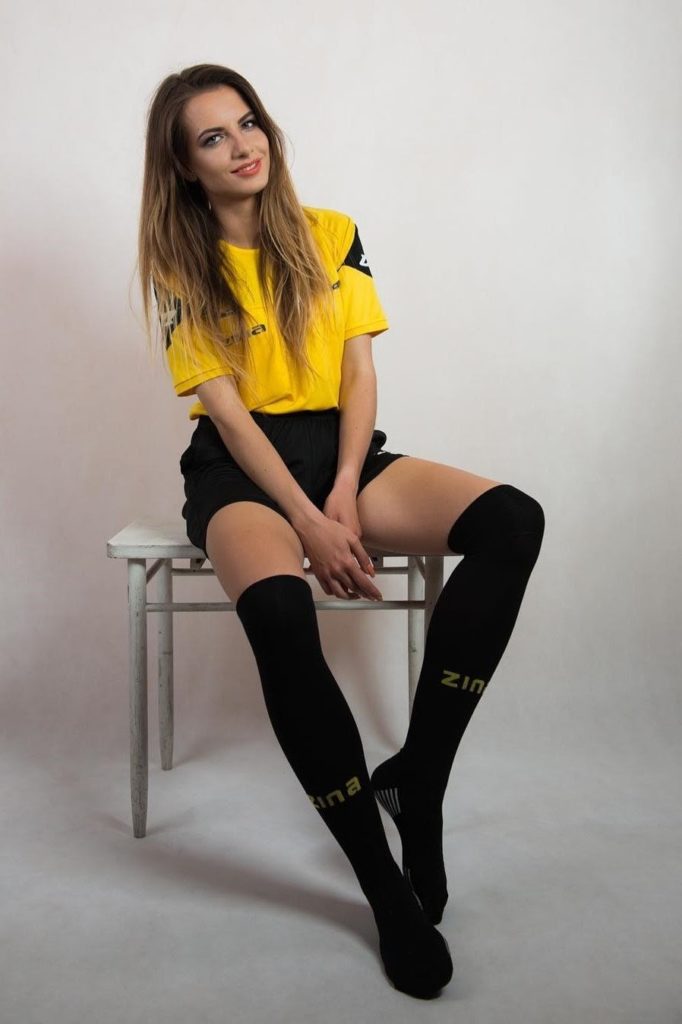 Katalin Kulcsar is a reputable Hungarian referee. She began her international whistleblower career in 2004 and started her career in women's football's 2016 Cup final. Kulcsar possesses the healthy beauty of a sports athlete.

Aurélie Sarà Bollier is a Swiss referee. Currently, she is working officially in the amateur league in her homeland and her dream is to be keyed in a match of the Swiss National Championship.

After seeing the most beautiful and talented soccer female referees in the world, we can once again affirm that: as long as we have a warrior spirit, whatever we want to do will be a success.

The referees too, have to undergo arduous learning and training with a spirit of steel to get to this day.

In football, female umpires are not as popular as male umpires. However, there were also female referees who played a men's match in the Bundesliga,  Ligue 1 and Champions League. Although the Premier League does not have a female referee yet, we still hope that in the near future. To watch football live quickly and conveniently, you can download the Sopcast application. Sopcast software allows you to watch the top football leagues in the world such as Bundesliga, Ligue 1 and Champions League, World Cup, .. completely free and safe.

We believe that the image of female football referees on the pitch has inspired everyone. It helps people step by step to strive and do everything we wish for with good health. We hope this post will satisfy you.