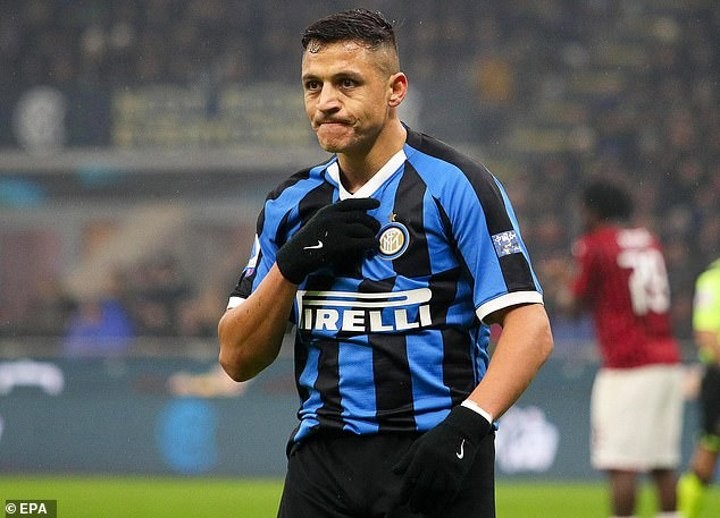 With a dismal loan spell at Inter Milan destined to come to an underwhelming end, Manchester United are facing the prospect of shelling out yet more cash on flop Alexis Sanchez.

His move to Old Trafford is one of the worst in Premier League history, certainly in terms of cost. Since his arrival in January 2018 they have wasted an eye-watering £64.65m when weekly wages, appearance fees, signing-on fees and annual loyalty bonuses are taken into account.

It is just over two years since United splashed the cash to entice Sanchez from Arsenal and fend off interest from fierce rivals Manchester City.

At the age of 30, Sanchez became the highest-paid player in Premier League history when he put pen to paper on a deal worth an astronomical £391,000-a-week before any bonuses kicked in. United also handed him a £6.7m signing on fee.

And the extent of those extra payments were revealed by Football Leaks in May 2018 - Sanchez earned another £75,000 for every game he started for United.

Other agreements included a £2m payment for Champions League glory and £500,000 for a Premier League triumph. With image rights included, Sanchez can take home £560,000-a-week.

But with just two goals in 27 appearances last season, Sanchez has done little on the pitch for United, and off of it he has caused a financial headache.

So flat were his performances, United were prepared to let him leave last summer and Inter offered an escape route through a season-long loan.

But the Italian giants were only willing to pay £4.5m of the forward’s annual salary - meaning United had to pick up the tab for the remaining £16m (of Sanchez's starting weekly wage of £391,000).

It has been an extremely disappointing season in Italy for the Chilean - he has scored just one goal in 15 appearances after missing large spells with an ankle injury.

Having only played 596 minutes, Sanchez has cost Inter a huge £7,550 per minute played.

But he is set to make another £1.1m when he returns to United – the kick in the teeth for Old Trafford chiefs provided by a loyalty bonus in his contract that runs annually until 2023.

Sanchez will retain the No 7 shirt when he gets back to United. There was a £17.5m option for Inter to sign him on permanent terms but chief executive Guiseppe Marotta will not pay the fee.

In total, United will have forked out over £17m for Sanchez this year through his weekly wage and bonuses – in a season where he has not kicked a ball for them.

The forward still has two years remaining on his current contract, leaving United with a headache as to how to sort out his future.

Sanchez is not the player he was at the Emirates. His time with Arsenal saw him score 80 goals in 166 appearances and lead the team to two FA Cup triumphs.

But, speaking in January, United boss Ole Gunnar Solskjaer was bullish on the prospect of Sanchez play for the club again.

'Alexis will come back in the summer and will prove you all wrong,' Solskjaer said. On current form, it would be quite the upturn in performance. And it would take a lot for him to prove he is now value for money.