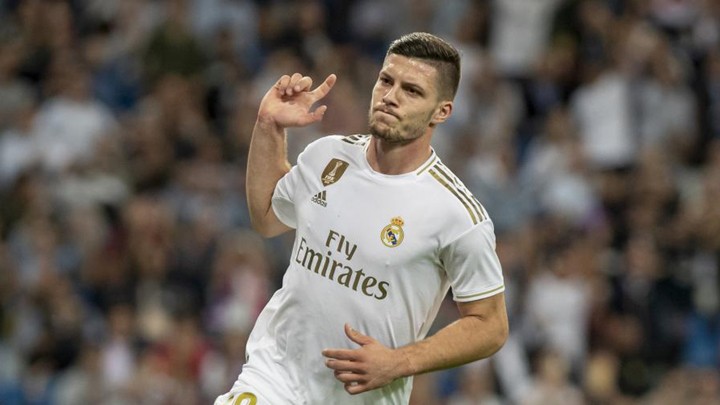 His first season at Real Madrid may not have gone according to plan, but Luka Jovic is not giving up on his career in white yet.

Just two goals, little consistency and an injury alongside off the field issues have put him at risk heading into the transfer window, whether it's a move away on loan or in a permanent deal.

The Serbian wants to stay in Madrid and turn things around.

He knows that his current injury will complicate his return and that he needs to have patience, but there are factors in his favour, including the 60 million euros spent on him.

That should earn him a second chance.

Market conditions mean it will be hard to bring in a No.9 this summer with the club instead focused on Erling Braut Haaland and Kylian Mbappe for 2021.

He is also boosted by the form which brought him to Madrid and caught the eye of all the big clubs across Europe.

There is another factor at play in Zinedine Zidane, who personally called Jovic to persuade him to join the club only a year ago.

That phone call has stayed with Jovic, even to this day.

"Jovic is the future, he will score many goals," Zidane said as recently as January.

Without VAR and if it weren't for the woodwork, Jovic would have recorded another three or four goals, so it's clear to see why Zidane believes in him.

The striker himself knows that it is never easy at the start and is looking to follow the example of Luka Modric, who struggled in his debut season as he adapted.

The same happened to Karim Benzema when he moved to the Estadio Santiago Bernabeu and scored just nine goals in his first campaign.

Despite those factors, clubs are interested in him with Napoli wanting him, a Bundesliga team asking about the possibility of a loan and Premier League sides considering a bid.

Big clubs are on the hunt for a goalscorer, players who are hard to come by in current conditions, but Jovic won't give up on his six-year contract in Madrid without a fight.