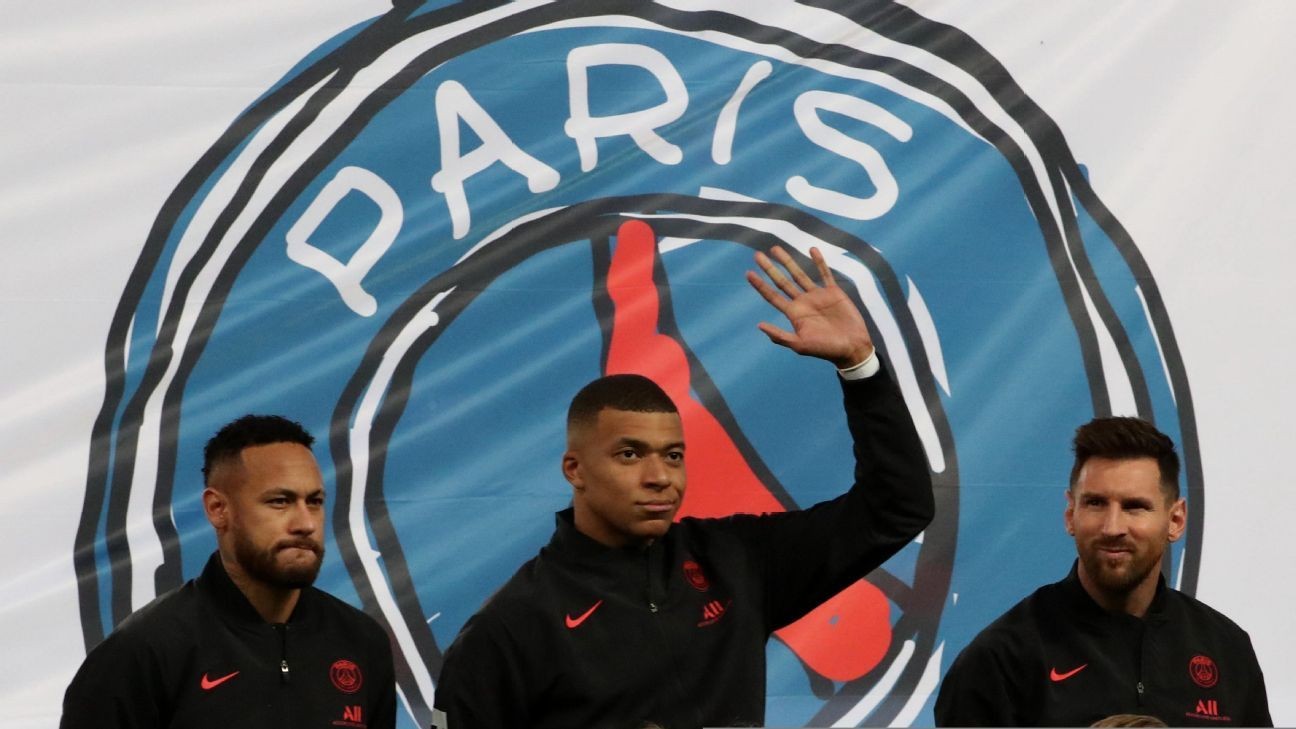 Even by Kylian Mbappe's really high standards, his form heading into Wednesday's Champions League game at Manchester City is breathtaking: 10 games, 11 goals and nine assists. In his last 10 matches for France and Paris Saint-Germain, across the UEFA Nations League, World Cup qualifying, Ligue 1 and the Champions League, against teams like Spain, RB Leipzig, Bordeaux and Belgium, he's been peerless. No player has stats like him over the same period of time; Mbappe himself has never enjoyed such a run, or turned in performances with this kind of consistency, even when looking at his incredible breakthrough season at AS Monaco in 2016-2017.

It's certainly in stark contrast to his first 12 games of the season, where his form -- only four goals and five assists -- and struggling displays with the national team led to a nagging feeling that something was wrong. So what's changed? Not much, it seems, on the face of things, but at the same time, actually a lot.

Funnily enough, for a player who doesn't do tend to grant many interviews, the two big sit-downs he had at the start of October, with RMC Sport and L'Equipe in France, made a big difference. Talking about what happened last summer when PSG didn't allow him to leave for Real Madrid, expressing his opinions about France and the Euros, the criticism around him and his ego, Mbappe's willingness to share his feelings on a variety of topics helped lift a huge weight off his shoulders.

Putting his own perspective on all of these events helped him clear the air and on the Real Madrid links in particular, Mbappe didn't hold back.

"I asked to leave, because from the moment I did not want to extend, I wanted the club to have a transfer fee to be able to sign a quality replacement," he told RMC. "It is a club that has given me a lot, I have always been happy, the four years that I've spent here, and I still am. I announced it early enough so that the club can come back. I wanted everyone to come out of this stronger, that we leave hand in hand, to make a good deal, and I respected that. I said, 'If you don't don't want me to leave, I will stay.'"

After the disappointment at the Euros and his penalty miss in the shoot-out defeat against Switzerland in the last-16, as well as the non-transfer to Madrid, Mbappe had seemingly lost a bit of love for the game. Since those interviews, he seems fully engaged with football again, and with PSG, and is enjoying his game so much.

Mbappe, middle, has taken on more of a leadership role with PSG despite the star power around him. It's helped elevate his form, and his confidence, this season. Xavier Laine/Getty Images

"I have never been happier," Mbappe told media during the November international break. "I am happy in my life, I am happy on the pitch and you can see it in my football. I play in a team that puts me in the right environment to do well," he repeated after the win against Nantes last weekend.

That 3-1 victory was notable because for the first time since he joined his hometown club in the summer of 2017, the French forward got to wear the captain's armband. Though it was only for the final 15 minutes after Marco Verratti was substituted, it meant a lot to him and to his family; it's also a sign of his increased responsibilities within the team.

Gabriele Marcotti and Julien Laurens dive into the latest news and gossip, analyze matches with special guests, and give their unique perspective on the world of football.

Mbappe has been consistent in asking for a bigger role, and there's a feeling within the club that he now has one. Despite the arrival of Messi and the new contract signed by Neymar, it's been stressed to Mbappe that even with his contract expiring at the end of June 2022, he's the main guy for PSG this season. This is his team, and he's responded well to that label. Yes, he wanted to sign for Real Madrid in the summer. Yes, he was disappointed that he wasn't able to leave, but he was also happy to stay at the Parc des Princes, play with Messi for a season and have the best campaign possible with the ultimate dream of winning the Champions League in May.

In his interviews in October, he even hinted that he could stay. "We don't know what can happen," he told L'Equipe regarding his future, before his mum revealed the following day in her own interview that the family was still talking to PSG about a possible extension. Now, could Mbappe's happiness and recent performances help PSG convince him to stay? The club are hoping so, but the likelihood is still that he will leave on a free and go to LaLiga this summer.

"He has clearly taken his game to the next level," noted France boss Didier Deschamps during the international break. He is more efficient and more clinical around goal; his decision-making has also improved, and on Wednesday, with a very exciting (and important) Champions League clash against City, he returns back to Manchester in a very different position than when PSG came to the Etihad a few months ago.

Last season, Mbappe was injured and couldn't play in their Champions League semifinal, second leg, in Manchester, where City comprehensively ended PSG's hopes of a second consecutive final and a potential first-ever triumph in the competition. This week, Pep Guardiola and his players will face a much improved player, full of confidence and whose pace could well be the key. With both teams fighting for top spot in Group A -- Man City have nine points from four games, PSG eight -- with two matchdays remaining, Mbappe will have the perfect stage on which to show his improvement.