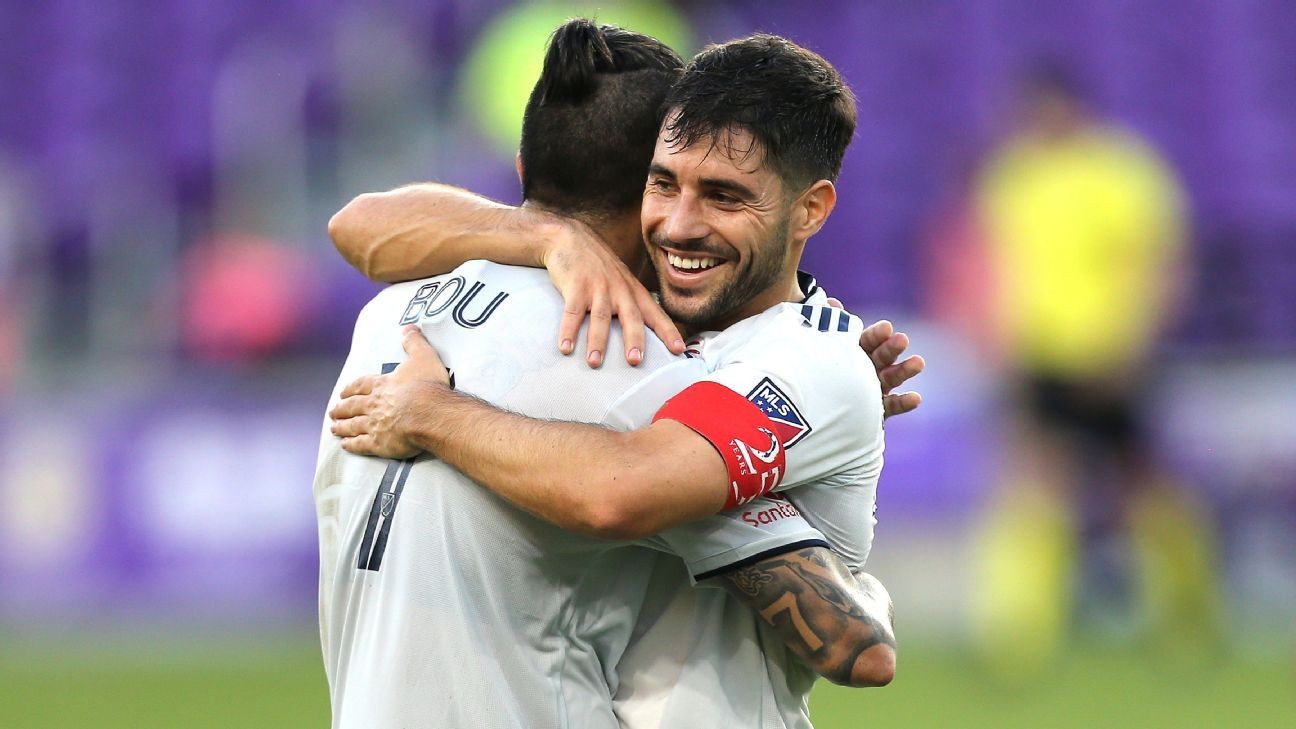 How did the New England Revolution get here?

The 15th-best team in the 26-team league when the 2020 MLS Cup playoffs began is suddenly the most in-form side of the postseason, preparing for Sunday's Eastern Conference final against Columbus Crew SC (3 p.m. ET, stream live on ABC). And the 1.39 points per game that got New England into the playoffs as the East's No. 8 seed marked an improvement from the preceding four seasons, when it averaged 1.26 points per game in that span.

The simplest explanation is the hiring of manager Bruce Arena in May 2019. In the 13 games of that season before Arena took over, the Revs were averaging 0.85 points per game; with him in charge, that figure rose to 1.52.

"The thing early on with Bruce, that I think all the guys grasped and were really excited about, was he came in and was essentially an open book," New England forward Teal Bunbury told ESPN. "Everyone knew his resume, all his expertise, his experience and the championships he won, but him coming in and being like, 'Hey, you guys are going to make mistakes, us as a coaching staff and me myself, Bruce Arena, I'm going to make mistakes, but we're all doing this to get better as a team...' as players, you like hearing from a coach that it's not always on the players, it's not only just on the coaches, we're a family.

"From then until now, we've really grown into a tight-knit group, and I've been saying it all year long: I've never been part of a group that's as close as this group is."

Multiple sources around the league specifically cited Arena's influence on this team as a reason for their success. It may not be the reason that the Revs are here, but it's part of it. Seventeen players on the Revolution roster have some college soccer experience; 19 are Americans. It's a blue-collar group full of players who, according to one source, "would die for the crest."

"That's typical for Bruce," said ESPN analyst Taylor Twellman. "Bruce would rather go with guys who know the league, experienced the league. That's what he prefers."

Arena chuckled at the characterization, and asked what exactly a team built in his image would look like. Then the 69-year-old, who's won five MLS Cups, three Supporters' Shield and a U.S. Open Cup, quickly demurred.

But to credit Arena alone for the turnaround in New England doesn't tell the whole story. There are countless people working behind the scenes to help return one of Major League Soccer's original franchises to relevance, but the arrivals of two men in particular -- one before Arena, one after -- have made all the difference in 2020.

"We're not talking about the Revs if their two DPs didn't show up," Twellman said, referencing the play of Designated Players Carles Gil and Gustavo Bou.

After featuring in just nine of New England's 27 matches this season due to foot and Achilles injuries, it's easy to forget that Gil was MLS Newcomer of the Year in 2019. And in three playoff games on the run to the Eastern Conference final, he's recorded two goals and three assists.

"I think he's in the top seven best players in this league," Twellman said. "If [Gil and Bou] are healthy and playing the way they have the past three or four weeks, then they're probably a second or a third seed -- and who knows, maybe even a one seed."

Gustavo Bou and Carles Gil have been sensational when fit for New England. Alex Menendez/Getty Images

Bou's 2020 hasn't been without complication either, contending with a niggling injury down the stretch after shouldering the Revs' creative burden for much of the season while Gil was recovering from Achilles surgery. His five goals and a solitary assist in 22 regular-season appearances are a considerable drop-off after scoring or assisting on 11 goals in 15 games upon joining the club in July 2019. Now that the business end of the campaign has arrived, though, Bou is back to his best. He has three goals and an assist in the Revs' three playoff wins, directly contributing to four of the club's seven goals.

New England reportedly has more than $10 million tied up in Bou's transfer fee and salary; Gil commanded a seven-figure fee of his own. Arguably more important than their contributions on the field is what their arrivals signify for the club, both now and in the future.

"Ownership [has done] a terrific job here," Arena said. "They've invested in Designated Players, which they hadn't done in any type of detail before. So they've made a great commitment."

Before Gil, Bou and fellow Designated Player Adam Buksa, the most impactful DP in the Revolution's history was Jermaine Jones -- and he was signed on a free transfer. Signing that trio, and the recruitment of Arena -- arguably the most celebrated coach in American soccer history -- illustrate the Kraft family's commitment to the club.

"I think that ownership has always wanted the Revolution to be a winning organization," said Bunbury, who's been with New England since 2014. "I think that investment of creating a state-of-the-art multi-million-dollar training facility kind of solidifies that."

That $35 million training facility has few equals in MLS, and there's the potential for the Revs to add a soccer-specific stadium in Boston that would be the envy of most clubs across the league. One source told ESPN that progress is being made on a new downtown home, but that "progress" was difficult to define.

"Progress in Nashville, there's shovels in the ground. Progress in Cincinnati, the lights are being put up," the source said. "Progress in Boston is defined in different ways because of how difficult it is to get land downtown. However, they've got progress in the sense that you say to yourself, 'This thing's actually got a legitimate shot.'"

If that stadium in the heart of Boston becomes reality, not only will the Revolution's presence at this stage of the postseason no longer be a mystery, it could become the norm.

"Ultimately, the goal is going to be to build a soccer stadium in downtown Boston," Arena said, "and that's going to be the final touch of what ownership can do to put this franchise over the top."