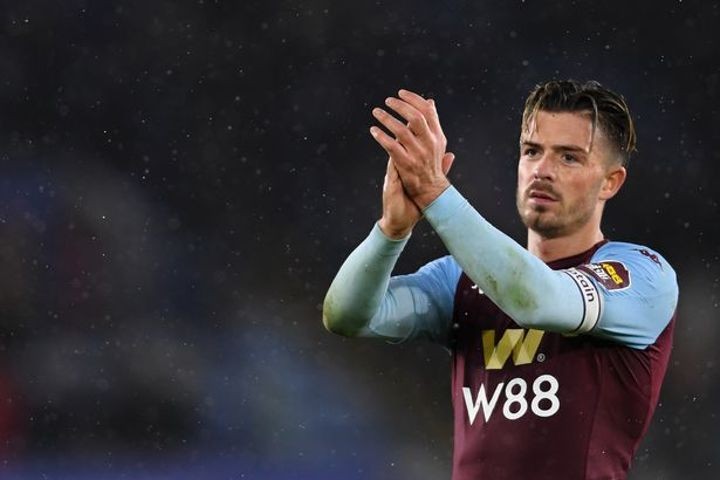 There can be little doubt that Aston Villa playmaker Jack Grealish has been one of the standout players in the Premier League this season. The 24-year-old has long been regarded as one of the country's outstanding talents but it is only this year, with Villa back in the top flight, that he is beginning to truly realise the ceiling of his potential.

It seems increasingly inevitable that Grealish's long-term future lies away from Villa Park. Such an exit may be concluded as early as this summer, with a near-certainty should Dean Smith's side fail to avoid the drop down back into the Championship.

Manchester United is a possible destination for the creative midfielder - the Reds will continue to carefully pursue long-term targets this summer and Grealish fits the profile. A young, homegrown footballer who would immediately elevate the team's potential and add further creativity into Ole Gunnar Solskjaer's side. Here are three key moments to date this campaign which have demonstrated why the player is destined for a big transfer.

It was the clearest miscarriage in the Premier League of justice this season. Deep into six minutes of added time at Selhurst Park, Aston Villa were desperately pushing for an equaliser. Jordan Ayew's 73rd minute goal had appeared to prove decisive following an earlier red card for the visitor's Trezequet.

Cue Grealish taking centre stage, as he has done so often this season. Picking up the ball on the halfway line, he sprinted into the opposition half - playing a one-two with substitute Conor Hourihane and continued to surge forward. Running through four Villa players, Grealish arrived to the edge of the penalty area before being knocked off balance by Wilfried Zaha.

Despite losing his footing and falling sideways for the infringement, the Villa star managed to maintain his footing and finding an unmarked Henri Lansbury who side-footed home the equaliser. Grealish had stumbled into Gary Cahill as he fell to the ground, but leapt up straight away to join the joyous celebrations.

Yet it was referee Kevin Friend who had the last word - infuriatingly judging that Grealish had dived - a judgement not supported by TV replays - and was subsequently punished.

Despite the unfairness in south London, Grealish provided another memorable assist in the capital in October with another superb piece of individual play against Arsenal. With the game approaching the hour mark and tantalisingly poised at 1-1, it was the playmaker who once again grabbed the game by the scruff of the neck.

Collecting the ball just inside the opposition half, Grealish ran. And ran. And ran. Past Callum Chambers. Past Granit Xhaka. Past Mateo Guendouzi. And finally, past Sokratis Papastathopoulos. After edging past the cumbersome Greek, Grealish cut the call back for Wesley to produce a calm finish under the challenge of David Luiz.

The goal was all about Grealish. No player seriously attempted a tackle, partly due to their own fragile setup but also as they knew that the Villa star could easily shift direction both with his body and the ball.

Just as Grealish had taken like a duck to water on the main stage at the Emirates, two months later he produced another magical moment. This time it was directly in front of the United faithful in another tour de force, showing that he was a class above many others on the pitch not just on the Villa side, but for the hosts too.

Grealish picked up the ball on the left-side of the area, finding space as the ever-tenacious Aaron Wan Bissaka drifted centrally to cover the attacking threat. Only Andreas Pereira tracking back could offer United cover. Sensing the defensive weakness, Grealish sensed his moment. He showed Andreas down the by-line before going back inside onto his right side and from a seemingly impossible, curling a shot at goal. To the disbelief of everyone, it flew into the far top corner. A true postage stamp finish.

Freeze the action as Grealish moves to shoot and the magnitude of the finish truly becomes clear. Taking an immediate sharp turn past Andreas's outstretched foot and an inch behind Wan Bissaka's head, the shot was unstoppable for the perfectly positioned David de Gea. It was a remarkable attempt that few would even have had the audacity to attempt, never mind pull off. It was the moment where it became undeniable that this was Grealish's stage.