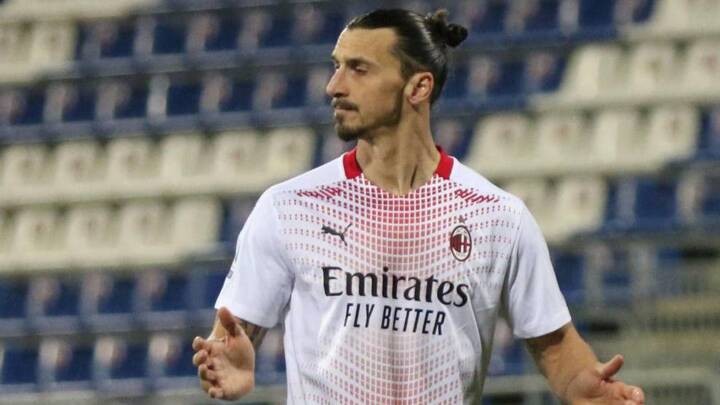 Zlatan Ibrahimovic cannot be stopped. The Swede's move to MLS in 2019 was interpreted as him bowing out of European football, but his return to AC Milan for the beginning of 2020 has seen him amaze the world again.

Born in the same year as other former greats, namely Iker Casillas, David Villa, Samuel Eto'o, and Xabi Alonso, Ibrahimovic is defying all odds by continuing to play as though he is 10 years younger, and as though he wasn't born in 1981.

From his first goal in Sweden's First Division, back in 1999, to his first of 2021 which came against Cagliari on Monday, Ibrahimovic has scored in 23 consecutive years, bagging goals in the Eredivisie, Serie A, LaLiga Santander, Ligue 1, the Premier League, and MLS.

Away from the noise generated by his ego, Ibrahimovic's numbers back up his own high opinion of himself. Since returning to Milan, he has scored 22 goals in 26 games.

This season, at 39, he has 12 goals in eight Serie A matches, bettered only by Cristiano Ronaldo's 15, and both Ciro Immobile and Romelu Lukaku's 12. Each of those three have played at least six games more than Ibrahimovic. In Spain, Lionel Messi leads the race to be crowned Pichichi with fewer goals.

Ibrahimovic has scored in each of the last nine games that he has started, and has scored twice on five occasions. His form has Milan leading Serie A and, as time progresses, they look more capable of retaining top spot.