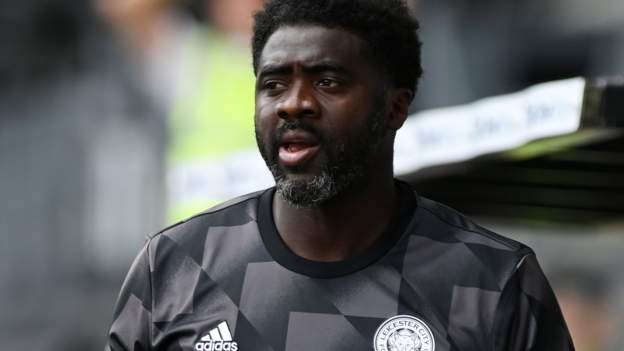 The Championship makes its full return on Saturday after a four-week break for the opening stages of the World Cup.

It's been a highly eventful first few months in a congested second tier, with just eight points between 22nd-placed Wigan and sixth-placed QPR.

BBC Sport takes a look at what you may have missed so far this season and across the league's hiatus, plus some things to look out for in the rest of the campaign.

Say hello to the new boss...

Remarkably 12 of the 24 teams have now changed managers since the Championship season started on Friday, 31 July.

The games might have been on hold through the second half of November and start of December but that didn't stop the dug-out changes.

Toure's appointment means the Latics join Burnley, Middlesbrough and Reading in being managed by a former Premier League-winning player.

"It's an exciting appointment for Wigan but perhaps one that creates an edge of nervousness due to the element of the unknown," BBC Radio Manchester sport reporter Mike Minay said.

"Kolo Toure clearly feels this is the right opportunity for him. After previously completing his coaching badges and spending the past five years as the right hand man for Brendan Rodgers he's now decided this is the right time and right job for him.

"However, Toure has never played or managed in the Championship and now needs to lift a group of players out of form and in the relegation zone of the division."

QPR manager Mick Beale turned down the chance to leave Loftus Road in October when Premier League side Wolves came after him, but the chance to return to Rangers last month proved too good to turn down.

Caretaker Paul Hall will lead the R's, who moved up a spot to sixth after Millwall were beaten 3-0 at Sunderland in last week's lone game, against leaders Burnley on Sunday.

Can Clarets and Blades last the pace?Burnley boss Vincent Kompany celebrates after their 3-0 derby win over Blackburn in the final Championship match before the break

Burnley are top of the tree after a fine start to the season under boss Vincent Kompany.

The Belgian, who joined in the summer after a spell in charge at Anderlecht in his home country, has totally overhauled the Clarets' squad and style of play since taking over and so far - a 5-2 reverse at Sheffield United aside - they are reaping the benefits.

"They've scored more goals than any other Championship team, they've won five of their past six league games and look highly likely to be in the mix for automatic promotion," BBC Radio Lancashire sports editor Andy Bayes said.

"Further additions in the January window are expected, with a striker widely tipped to be high on the agenda.

"It's fair to say that the Clarets fans are enjoying their new image on the pitch, coupled with the highly impressive results with such a new-look team."

The Blades, beaten in the play-off semi-final by eventual winners Nottingham Forest last season, are second in the table and hoping to hold on to a spot in the top two.

Their promotion charge is being spearheaded by Senegal forward Iliman Ndiaye and Oli McBurnie. The Scotland international has hit nine goals in 17 games this campaign, having ended his 11-month goal-drought in August.

Burnley's east Lancashire rivals Blackburn are third, despite suffering a damaging 3-0 defeat at Turf Moor in the final game before the break.

Jon Dahl Thomasson's men are yet to draw league game this season and their nine defeats are only one fewer than the 10 of 22nd-placed Wigan. If Rovers are to end their 11-year Premier League exile, you feel they'll have to start turning some of those defeats into draws at the very least.

Watford and Norwich, both relegated from the Premier League last term, sit behind Blackburn in fourth and fifth respectively.

The Hornets sacked Edwards in October and replaced him with experienced Croat Slaven Bilic as they look to bounce straight back to the top-flight at the first time of asking for the second time in three seasons.

Archetypal yo-yo club Norwich are hoping to make it a fifth straight season of either being relegated from or promoted to the Premier League.

A run of seven wins in eight saw them hit the top in October, but they have won just two of their past 10 now and the pressure will be on gaffer Dean Smith to quickly halt that slide.

Given the incredibly tight table, it's difficult to say at the moment who really is in the relegation battle.

Huddersfield will resume at the foot of the table but have something to build on after taking four points from their previous two matches.

Michael Appleton's Blackpool have lost four on the bounce and will hope to hit the ground running at home to Birmingham on Saturday.

West Brom are 21st after they won just one of their opening 13 games before Steve Bruce was sacked in October. However, successor Carlos Corberan, who took Huddersfield to the play-off final last season, has led the Baggies to three successive wins and there is optimism in the Black Country that this season could yet be salvaged.

"It feels like there's some genuine optimism for a change around The Hawthorns - at least for the club's fortunes on the field, if not necessarily off it," said BBC Radio WM's Albion reporter Rob Gurney.

"Carlos Corberan's impact has been impressive, with three straight wins prior to the World Cup break lifting them off the bottom of the table.

"They look organised and a lot more compact under him, and according to a number of players I've spoken to, Corberan's attention to detail is forensic, which couldn't be said about his predecessor Steve Bruce.

"A week's warm weather training in Spain has helped Daryl Dike and Semi Ajayi reintegrate after long injury absences. Dike's physicality up top, coupled with Ajayi's pace defensively will be key components moving into the second half of the season.

"For me, if Albion can pick up where they left off a month ago, a play-off push certainly can't be ruled out."

Credit has to go to the players and fans of Coventry City.

Away from the pitch, the Sky Blues have endured a torrid start to the campaign due to a myriad of issues but the team have won their past four matches and could yet launch a tilt for a play-off place.

So far this season Coventry have:

Had a number of home games postponed because of the poor quality of their pitch after rugby sevens was played on it during the Commonwealth GamesSeen the owners of the ground go into administration after the demise of Premiership side WaspsBeen bought out by businessman Doug King from unpopular current owners Sisu, subject to EFL approvalHad an eviction notice served on them by new owners of the Coventry Building Society Arena, Mike Ashley's Frasers Group

"This is truly turning into the nightmare before Christmas for Coventry City fans," BBC CWR political reporter Simon Gilbert said.

"When new owners of the football club and the stadium were confirmed last month, many hoped this would be the end of nearly two decades of off field drama.

"Those hopes appear to have been dashed in just a matter of weeks."

Midlands rivals Birmingham are also no strangers to problems away from the pitch, but things had been looking up for the St Andrew's side after a decent start to the season under John Eustace.

However, a proposed takeover by a consortium led by Paul Richardson and ex-Barcelona striker Maxi Lopez collapsed last week when they withdrew their offer.

Blues put out a statement earlier this week to say that other parties are interested in purchasing the club and fans will hope that this time a takeover will be completed.