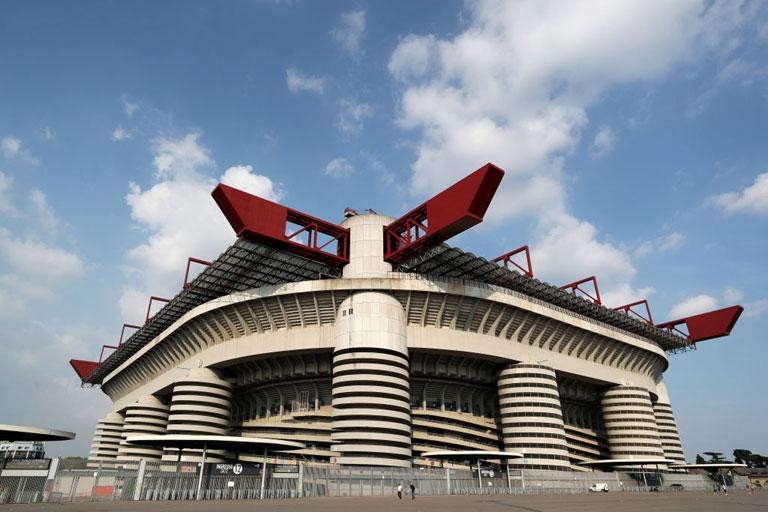 Today, F.C. Internazionale Milano S.p.A. and A.C. Milan S.p.A. filed with the Municipality of Milan the “Technical and Economic Feasibility Study” for the new Milan stadium and its multifunctional district.

The proposal to the local institutions marks a first official step by the Clubs, beginning a shared journey together with the Municipality towards constructing a modern, sustainable and accessible urban district in the San Siro area, built around a new world-class stadium. The documentation submitted by the Clubs consists of a detailed technical and engineering study which does not yet include an architectural component.

The project aims at enhancing the San Siro area with the realization of:

•             a multifunctional district in the area where the Meazza currently stands, dedicated to sports, entertainment, and shopping, that will become a vibrant destination for citizens, fans and tourists 365-days/year, creating jobs for over 3,500 people.

This is a comprehensive project that foresees private investments of over 1.2 billion euros and the implementation of which is essential in bringing Milan’s football back to the elite of the European and global football arena. The Feasibility Study has been prepared in accordance with the so-called Stadium Law, which promotes the development of sports infrastructures in Italy. All investments will be carried out by FC Internazionale Milano and AC Milan, who in exchange will receive a 90-years’ surface right. This right is expected to be assigned through a public tender for which the Clubs, as promoters, will retain a right to match.

The request made today by FC Internazionale Milano and AC Milan to the public administration aims at obtaining the declaration of public interest from the Municipality of Milan. Only thereafter, the Clubs will proceed with the filing of a definitive plan, which will include all architectural components. In this regard, a competitive process will be launched to select architects among the best international firms specializing in the design of sporting infrastructure. The Clubs also aim at establishing an open and constructive dialogue with the local community, with the idea of optimizing the project by taking into consideration their needs and aspirations for the San Siro area.

The choice of FC Internazionale Milano and AC Milan is based on a careful and in-depth analysis, carried out over the last few months, of the different available options (including the restructuring of the current Meazza stadium). It is inspired by the best benchmarks of international stadia and entertainment districts (almost all made ex-novo) around the world, as well as by Italian culture and the unique character of the City of Milan. This analysis shows that the construction of a new building is from all perspectives the best possible solution both for the Clubs and for the city of Milan: it guarantees the best user experience, sustainability, adequate security, safety and accessibility standards, and honours Milan’s reputation for innovation and internationalization.

The Feasibility Project explains in detail the reasons why the construction of the new stadium is preferred to the renovation of the Meazza: the current structure presents a series of technical issues, of which the solution would have required a complete refurbishment, with enormous execution risks, possible cost overruns and unpredictable complications. In addition, there would have been organizational issues linked to the simultaneous management of football matches, longer construction timings, revenue loss connected to the temporary reduction of the available capacity to even less than 45,000 seats, safety concerns and the need to hold home matches outside the city of Milan.

Both FC Internazionale Milano and AC Milan are firmly convinced that this is the right path to follow and are thrilled and excited by the project which will give Milan a new landmark of world class excellence, contributing to the progress already made by the City of Milan over the last few years.