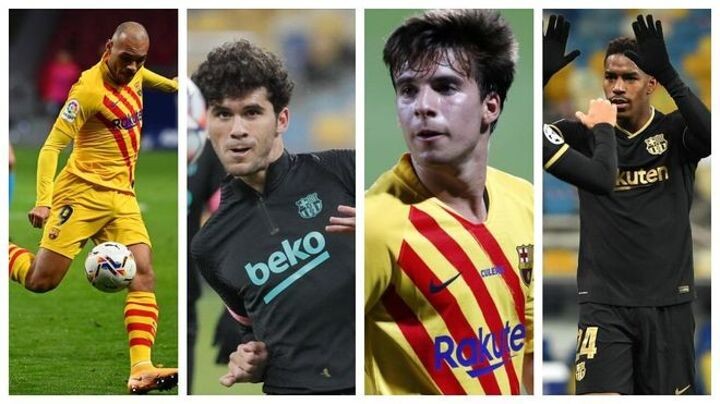 With just a month to go until the winter transfer window opens, there are a few players in the Barcelona squad working hard to prove to Ronald Koeman that they should be in his plans after January.

The players who are seen as most likely to be moved on at the start of the new year are Martin Braithwaite, Carles Alena, Junior Firpo and Riqui Puig.

They are all keen to take any opportunity they get in the first team to prove their worth to the coach, just as they did with strong performances against Dynamo Kyiv in the Champions League. Junior, Alena and Braithwaite all started, with Puig coming off the bench.

Alena has been getting the most plaudits recently. Koeman has said that he's been working hard and is starting to see the rewards of this. His performance in Kiev was very impressive - he completed the match with a 99 percent pass completion rate after 113 of his 114 passes found their man.

Performances like this have drawn the attention of clubs around Europe who could be sniffing around the midfielder come January, but there are still a few games for Alena to prove to Koeman he deserves a place in this squad.

Braithwaite has made seven appearances across LaLiga Santander and the Champions League, only starting against Dynamo Kyiv when he scored twice. He is seen as a different attacking option for Barcelona compared to their other forwards.

Junior has only had an opportunity in the Champions League, while Puig has clocked up just over half an hour of playing time all season.

These players have nine games left before the start of the window to prove to Ronald Koeman that they are deserving of a place in his squad for the rest of the season.