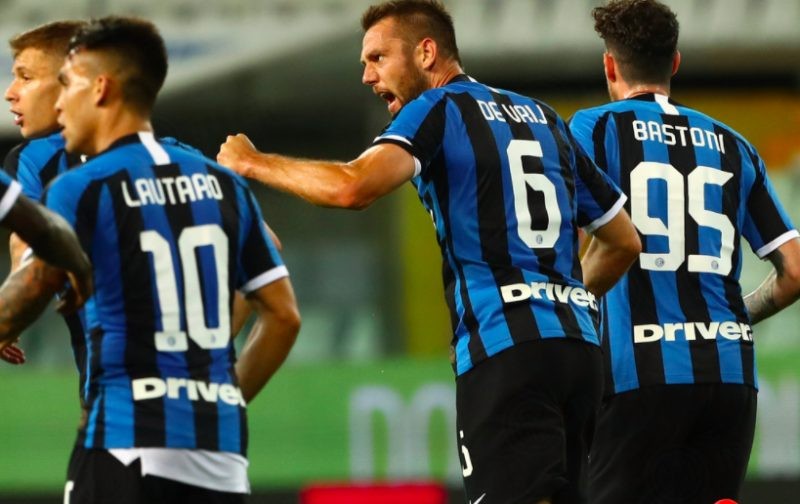 STADIO ENNIO TARDINI (Parma) – Inter left Emilia-Romagna on Sunday evening with three points in the bag, but Antonio Conte’s side just about crawled over the line and returned to Milan knowing that they were thoroughly undeserving of the win.

Parma were dominant for most of the match and although statistics show that the visitors had more of the ball and had more shots, there can be no doubting which of the two sides were the better on the night.

The Crociati could and should have been two or three ahead by half time, but for Andreas Cornelius and even Dejen Kulusevski putting shots off target that they would have wanted to find the net with.

Inter completed a late late comeback at Parma but were very fortunate to leave with all three points.@ConJClancy was at the Tardini for #FIFattheGames.

Inter’s resolve brought them back into the game though, and they took over for the last 15 minutes as their substitutes’ superior quality to those of Parma told.

Ashley Young and Victor Moses both came on and had hands in both goals; the Englishman delivered the corner that led to Stefan de Vrij’s leveller before the Nigerian picked out fellow substitute Alessandro Bastoni for the winner moments later. Even Alexis Sanchez troubled when he came on.

Parma, on the other hand, had Vasco Regini come off the bench in a shift that proved fatal.

Kastriot Dermaku had been excellent alongside Bruno Alves, operating as the right-sided centre-back. His withdrawal saw the captain move to the right, Regini take Alves’ role on the left of the central pairing and within seven minutes they conceded.

Inter now have 14 points from trailing positions this season – fourth in Serie A behind Atalanta (22), Lazio (19) and Bologna (15), showing that they are capable of fighting back from behind, which is something they’ll likely need to do again before season’s end. Danilo D’Ambrosio and Antonio Candreva’s right-hand side was torn apart by Gervinho, while Juraj Kucka and Dejan Kulusevski completely overran Cristiano Biraghi on the left.

Even Diego Godin is some way off the generational talent he was at Atletico Madrid, and Bastoni’s impact only served as further evidence that the back three should be the ex-Parma defender, De Vrij and Milan Skriniar when all are available.

Absence of fans making a difference?

The atmosphere – or lack thereof – at the Tardini was strange, as one might expect. As is the case everywhere at the moment, players’ every word could be heard, be they of encouragement or dismay – as we heard with Romelu Lukaku late on.

But Parma did something they don’t usually do in blowing a lead and they hadn’t lost a game in which they’d led since falling at home to Atalanta in March 2019, something that can be forgiven when Atalanta’s status as Europe’s comeback kings is remembered.

It was hard to escape the feeling in the ground that the game wouldn’t have turned on its head so dramatically in normal circumstances.

Parma clearly tried worse than Inter and were more affected by the heat and humidity, but they could have been given that additional adrenaline they needed to get over the line had they been playing in front of their own fans.

It’s purely speculative, of course, but that conclusion was hard to get away from inside the Tardini.