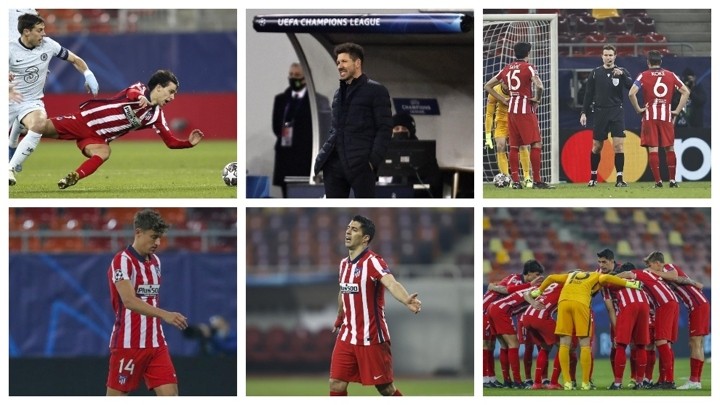 After registering two draws and one defeat in their last four LaLiga Santander games, Atletico Madrid were also defeated by Chelsea in the first leg of the Champions League's round of 16 tie.

Los Rojiblancos are still top of LaLiga Santander's table, but Diego Simeone acknowledged in the press conference after the game with the Blues that his team are going through a tough moment.

Here are the reasons and causes of Atletico's drop-off in form over the last few weeks.

The England international was going through one of his finest periods since his arrival at Atletico when the English FA informed him of his 10-week sanction for breaching their betting rules.

Trippier had formed an excellent partnership with Marcos Llorente on Atletico's right flank following Simeone's shift to a 3-5-2 formation.

Following his sanction, neither Sime Vrsaljko, nor Yannick Carrasco nor Llorente have managed to cover for the Englishman when they were used by Simeone as right wing-backs.

When Carrasco moved to the right, Atletico lacked spark from the left and when Llorente tried to fill in his teammate's void then Los Rojiblancos struggled to create in attack.

Up to six Atletico players had to be sidelined due to COVID-19 in the last few weeks, with some them such as Carrasco, Mario Hermoso and Thomas Lemar being undisputed starters this season.

The pandemic has dealt a hard blow to Atletico who now see their players gradually returning to action.

Los Rojiblancos have failed to keep a clean sheet in their last eight games in all competitions.

Simeone has tried several different formations and even played with six at the back when Atletico defended against Chelsea, but his team conceded again on Tuesday.

Luis Suarez is no longer so lethal

The Uruguay international has scored 16 goals this season, but has failed to hit the target in Atletico's last three games.

As a result, Los Rojiblancos didn't manage to grab a single win in those three matches against Levante and Chelsea.

Joao Felix far from his best

The Portuguese forward hasn't scored a single goal since January 24 against Valencia.

Since then, Joao Felix tested positive for COVID-19 and hasn't even started every match when he has been available.

Against Chelsea, Joao Felix didn't manage to help his team in attack, failing to come out victorious in the duels with the Premier League side's players.

Atletico failed to create in attack against Thomas Tuchel's side, with Joao Felix part of the problem.