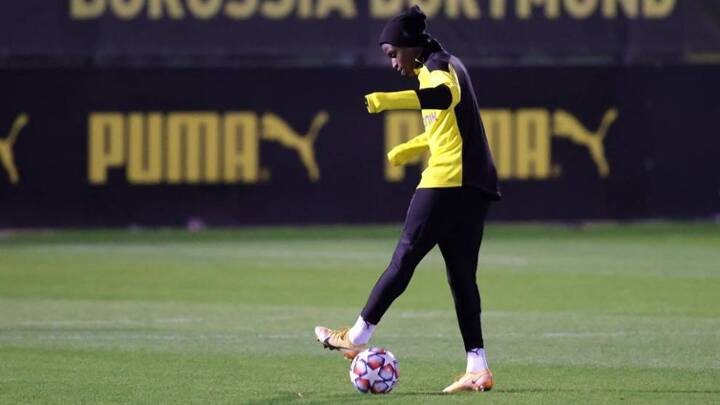 Borussia Dortmund prodigy Youssoufa Moukoko has been discussed a lot in the last couple of years after having scored bucket loads of goals for the German club's youth teams, but having turned 16 on November 20, he could be in line to make his Champions League debut on Tuesday night.

Moukoko became the youngest player to ever feature in a Bundesliga game last weekend, during Dortmund's 5-2 win away to Hertha Berlin, and there is a chance that he could follow that up by playing against Club Brugge in Europe's premier club competition.

Lucien Favre has already included the striker in his B list for the Champions League, so he is eligible to play against the Belgians on Tuesday. If Moukoko does make his European debut, he will become the youngest player to have ever made an appearance in the competition at the age of 16 years and four days.

Playing against Club Brugge would see Moukoko break the previous record of Celestine Babayaro, who played in the competition at 16 years and 84 days old for Anderlecht back on November 23, 1994 - just over 26 years ago.

But the Dortmund forward could not just break this record, he could also make history if he scores, with Ansu Fati currently the record holder in this regard. The Barcelona prodigy netted against Inter last season at 17 years and 40 days old, so Moukoko has time to break this record.

Against Hertha, Moukoko fulfilled the dream of every aspiring footballer: to make his debut in the elite. At 16 years and one day old, he broke all the records of precociousness in the Bundesliga that, until Saturday, Nuri Sahin had held, having made his debut at the age of 16 years and 335 days.

In the Bundesliga, Moukoko's next target is Florian Wirtz. Last season, the Bayer Leverkusen player became the youngest player to score a goal in the German top flight, doing so at the age of 17 years, one month and three days against the champions, Bayern Munich.

If there is something that characterises the Dortmund prodigy, it is his nose for goals, where with the German club's under-17s he has scored 90 goals in 56 games before going on to net 51 goals in 32 games with the under-19s.

This goalscoring record is likely to be surpassed in the coming months. Moukoko is ready to make history, and the next step will be to do so in the Champions League.