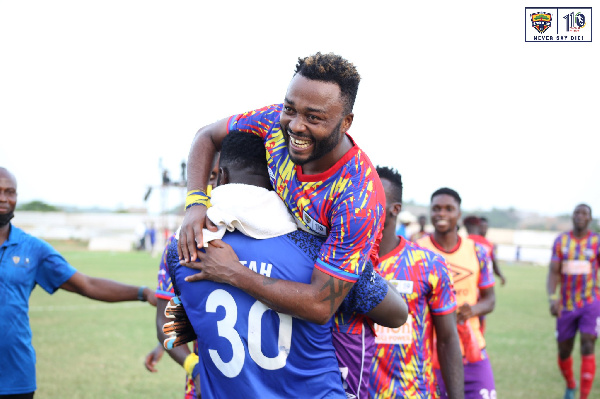 According to Awako, who joined the Phobians from city rivals Great Olympics, the rumours are completely false because he has the highest regard for Boadu, describing him as a great coach.

Awako claims he enjoys working with the former Medeama, who recently won his fifth trophy in 15 months in charge of Hearts of Oak.

“It's never true that I have issues with Coach Samuel Boadu, not at all. In a typical football team, arguments or disagreements between a player and his coach can emerge when the player is substituted after playing a good game,” Awako said in an interview with Akoma FM.

“At training grounds, there could be some misunderstanding between a player and his coach. It doesn't mean we have issues. The respect I have for Coach Samuel Boadu is unimaginable.”

“He's a great coach and I love to continue working with him.”