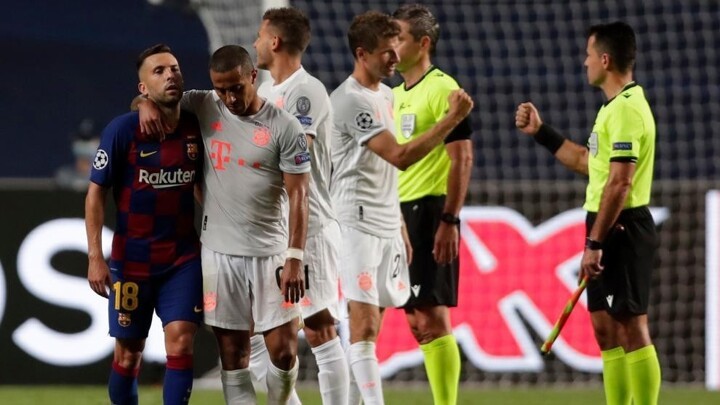 The Champions League is the competition that has brought the most excitement to Barcelona fans over the past few years, but it's also brought its fair share of heartbreak and disappointment. On Tuesday, it starts all over again.

Barcelona take to the pitch in the Champions League for the first time since their 8-2 humiliation at the hands of Bayern Munich when they host Ferencvaros at the Camp Nou. Ronald Koeman's side have been drawn against the Hungarian outfit, Juventus and Dynamo Kyiv in their group.

The Catalans go into Tuesday's game having picked up just one point from their last two matches in LaLiga Santander. Saturday's defeat to Getafe underlined a few of the shortcomings of this Barcelona side, who are devoid of much creativity, conviction or defensive solidity.

Off the pitch, the new season hasn't been able to quell the ongoing feud between the board and the dressing room. Barcelona's first-team squad have rejected a new 30 percent wage cut proposed by Josep Maria Bartomeu in recent days. The president is facing a vote of no confidence against him as well.

Such is the split within the club, there are disagreements with the first team squad too as some players reportedly didn't sign the burofax declaring the squad's rejection of the new wage reduction.

In the midst of all this upheaval, Barcelona return to Champions League action as they try to banish the demons of Lisbon, Liverpool and Rome - the scenes of their last three exits, all in humbling fashion.

The European competition, which was the at the centre of such joy under Pep Guardiola and then Luis Enrique in the modern era, has become a tormenting experience for Blaugrana supporters.

On Tuesday, Ferencvaros will look to become the first team to beat Barcelona in their opening Champions League fixture of a season for 22 years.

The Hungarians have been out of the competition for longer than that, returning to the Champions League for the first time in 25 years.