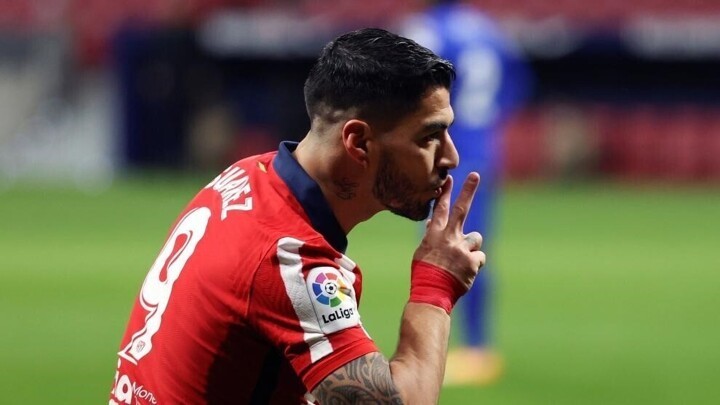 Luis Suarez has played a key role in Atletico Madrid's push for the title title this season, having scored 11 goals for Los Rojiblancos following his free transfer from Barcelona last summer.

Diego Simeone's men have dropped just seven points so far as they have registered 14 wins, two draws and just one defeat in 17 LaLiga Santander matches.

Suarez has been lethal in the last few matches, having netted a brace in the 3-1 victory over Elche, the winner in a 1-0 victory against Getafe, a late-gasp strike in the 2-1 win against Alaves, and two goals to complete a 2-1 comeback against Eibar.

The Uruguay international has scored six goals in his last six LaLiga Santander matches, and he has helped his team secure a seven-point advantage from second-placed Real Madrid.

At this point last season, Atletico had won just seven times and sat fifth in the table, seven points behind the leaders.

Atleti have won 13 of their last 14 games and they remain undefeated since December 2019 at the Estadio Wanda Metropolitano, where they will host Valencia on Sunday night.

Curiously, Los Rojiblancos have picked up more than double the points that Los Che have mustered this season. Atletico have 44 and Valencia have 20, despite Simeone's side having two games in hand.