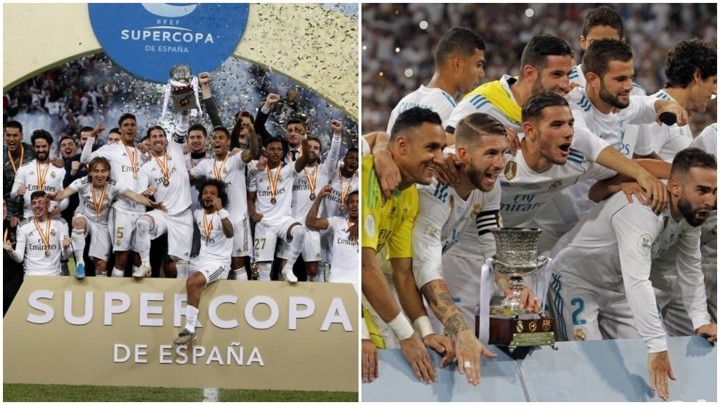 With Real Madrid beginning their defence of the Supercopa de Espana against Athletic Club on Thursday night in Malaga, the season is entering territory that has always been a happy hunting ground for Zinedine Zidane.

The French coach has won every Supercopa he has been involved in, going back to 2001 when he first graced the turf of the Estadio Santiago Bernabeu in a 3-0 win over Real Zaragoza to lift the trophy.

Almost 20 years later and now with four such titles to his name as a player and coach, the Sueprcopa remains a special competition for Zidane.

The Supercopa is a tournament that might not be a priority for Real Madrid, but it becomes a big deal should they fail to win it.

Luckily for Los Blancos, Zidane's record in the competition is impeccable: he has never lost a Supercopa as a player or coach.

Real Madrid's season has been full of 'finals' and this week in Andalusia two more stand between them and the first trophy of the season.

A Sunday showdown in Seville against Barcelona awaits the victors of Thursday's semi-final between Real Madrid and Athletic Club.