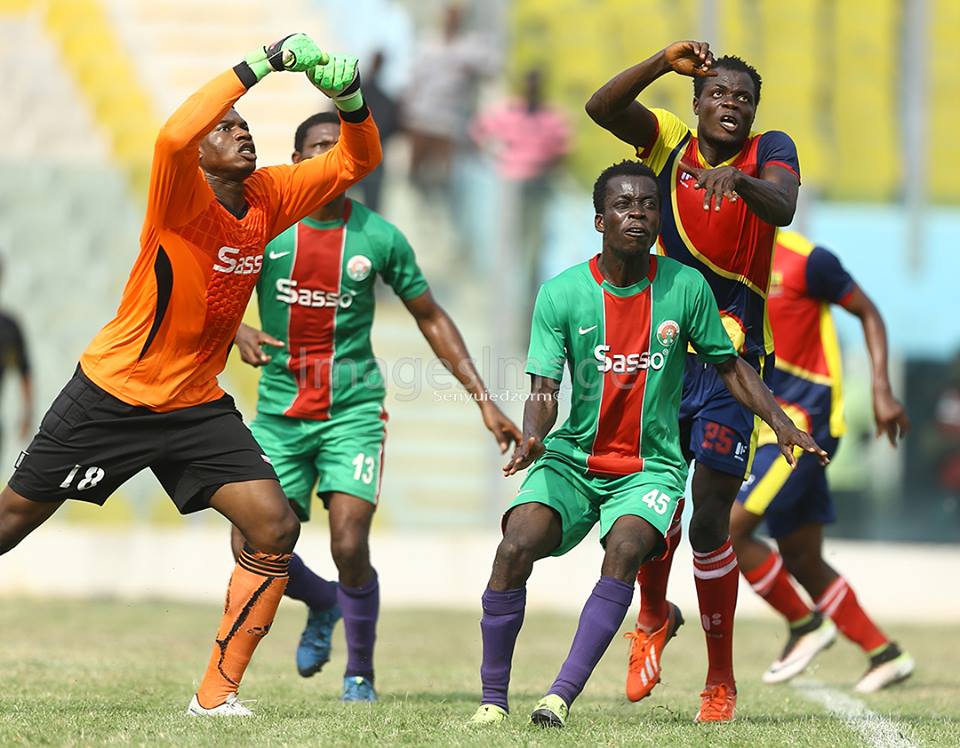 Hearts of Oak against Techiman City

Excuse my biases for bringing you yet another analytical perspective of a Hearts of Oak game after I brought you their 3-0 loss to WAFA at the Red Bull Arena.

I had actually wanted to analyse a different game involving different opponents but in all honesty, it is the Hearts game I watch so that is what I can analyse. But am hopeful it will change after Wednesday.

Following their 3-0 humiliation in the hands of WAFA at the Red Bull Arena, the Phobians were expecting a massive win against Techiman City, one of the clubs with very bad away performance.

But once again, the Phobians disappointed.

I could see from the looks on the face of Sérgio Traguil and his technical team that they were really disappointed. The demonstration by the fans alone is also another manifestation that all is not well.

But what really happened? What is the problem with Hearts?

Truth be told, the Hearts team that played Techiman City today scored a huge mark of improvement over the team that lost at WAFA.

I remember speaking about the defence of the Phobians after conceding three goals under 25 minutes and how shambolic they were in the WAFA game.

But comparing this game to the loss at WAFA, the defence of the Phobians had improved, yet more needs to be done. Comparing numbers alone, we can say Hearts conceded only a goal when they had previously conceded three, so they have improved.

Musah Inusah's return was a great addition to the Phobians as he made sure he took out both Isaac Danquah and Baba Mahama (the attackers of Techiman City)from the game. NO wonder he won the MVP.

But Vincent Atinga is still a disappointment. Vincent has not had a good time under Sergio so many thought the injury of captain Robin Gnagne is a good opportunity for Atinga to show what he has.

But the level of confidence of the former Dwarfs defender is just decreasing. He was as bad as the word itself and showed no confidence at the back. The back passes he was giving to Soulama and the indecisive nature of his tackles were simply crazy.

In my estimation, the Techiman City attackers were, and to a larger extent the entire team respected the Hearts side too much. If the visitors had intended to beat the Phobians, perhaps it would have been a different game.

Thomas Abbey was quite better as well as his counterpart from the other side Fred Boateng and so were Richard Akrofi on the right for the Phobians with Isaku Zakaria for Techiman City.

Leonard, a holding midfielder had no business in the game while Sabahn Laryea was also available. Moreso, Essuman was also in the game.

All three midfielders are defensive minded with only Essuman who is versatile. So what was Tawiah doing in the game? His tackles were poor and so we're his distribution. Sometimes, trapping the ball was even a problem for him.

This forced Essuman to drop deep sometimes as Tawiah was ineffective. This made supplies to the only striker for the Phobians Cosmos Dauda very low. Hence, the Phobians ineffectiveness in the first half. Sabahn Laryea was good on the day but he can do better.

That also compelled Paul Acquah to also drop deep into central midfield instead of the wing role he was given. But Olennu was brilliant again just that he slows down attack. He needs to add a bit of urgency and speed to his game.

Cosmos Dauda was not just inefficient upfront because of poor supplies but I suspect he is still nursing an injury. He could not run well in the first half and did not appear dangerous as we used to know him. But why still relegate Samuel Yeboah to the bench? Sam Yeboah was Kenichi's lead attacker so why now? What is happening?

When Sam Yeboah came on in the second half, we all saw the sense of urgency he introduced into the game. He is smart and has power and pace. He introduced these qualities and Iddrisu Yahaya and Okyere Samuel then realised a striker has been introduced.

Sérgio once again got his changes right, bringing on Patrick Razak for Cosmos Dauda as Sam Yeboah had already come on for Leonard Tawiah.

This time, Sabahn Laryea and Essuman held the midfield with Razak and Olennu running on the flanks with Sam Tetteh looking for the killer punch. But it never came.

This is when Techiman City also demonstrated their power. The coach realised Hearts had only two midfielders with the others opening up on the flanks so he also introduced Roger Lamptey snd Clement Boahene. They took control of the midfield and forced the Phobians to coil on some occasions.

That was when Baba Mahama demonstrated a bit of his qualities as an attacking midfielder. He did all the running and distribution for his side and that was when Atinga nearly gifted them with a second goal forcing to give a direct back pass to Soulama when he could have headed it to him for safety sake.

The 4:5:1 system Hearts played today was needless. They should have started with a more offensive approach since they needed the win to climb up the ladder knowing Wa Alla Stars will struggle at Dwarfs.

But wait, what was Musah Ibrahim doing in the game today? Well let me leave it here.

I think Hearts could have started with this line up if only there is no problem with some of the players I am about to mention.

I believe Hearts needed this line up to win the game.

Anyway, to loose 3-0 to WAFA and pick a point in your next game against Techiman City is an improvement.

Mr. Speaker the Ghana Premier League is not dead and will not die.