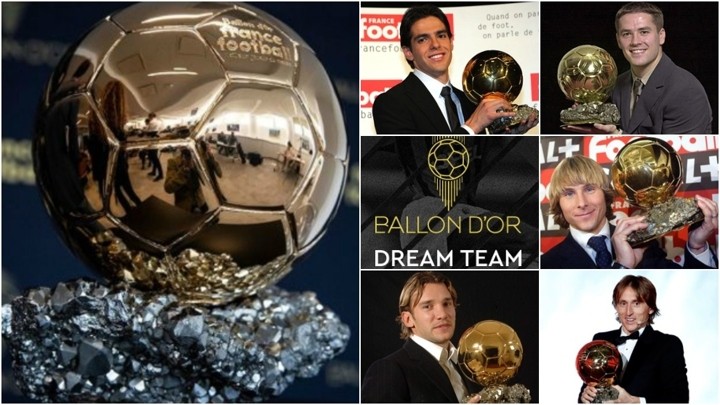 In the absence of a Ballon d'Or award this year, France Football have turned to naming a Dream Team instead. There will be no individual prizes because of the coronavirus pandemic, but 110 players throughout the course of football history have been nominated for a spot in the game's all-time XI.

As ever with these sorts of all-star teams, there are a few notable players that have missed out on even a mention.

The most obvious goalkeeper missing from France Football's 10 nominees in the position is former Bayern Munich and Germany No.1 Oliver Kahn.

He was named the best player at the 2002 World Cup in South Korea and Japan, despite losing the final to Ronaldo's Brazil.

There was always going to be some arguments over the decision to include just three defensive slots in the team. At full-back, the absences of Dani Alves and Javier Zanetti are rather baffling.

As for the centre-backs, Carles Puyol and Fernando Hierro - two icons of LaLiga - miss out on a nomination.

Although France Football have named 20 outstanding defensive midfielders in their list of nominees, there is still no place for Patrick Vieira, Gennaro Gattuso and the man who virtually reinvented the position, Claude Makalele.

Three former Ballon d'Or winners are not included in the nominees for the attacking midfield positions in Kaka, Luka Modric and Pavel Nedved.

Kaka, Modric, Nedved, Owen and Shevchenko are part of the list of former Ballon d'Or winners not to get recognition in this process, alongside Omar Sivori, Denis Law, Florian Albert, Paolo Rossi, Allan Simonsen, Igor Belanov and Jean-Pierre Papin.

No Spanish player has won the Ballon d'Or since Luis Suarez in 1960. The former Barcelona and Inter forward represents Spain amongst the nominations in the Dream Team alongside Iker Casillas, Sergio Ramos, Pep Guardiola, Xabi Alonso, Xavi and Andres Iniesta.

There is no room, though, for Gento, Raul, Torres, Villa, Hierro, Puyol, Gerard Pique and David Silva.