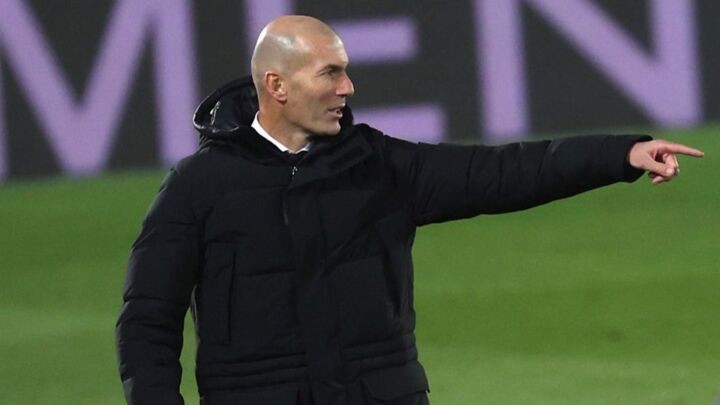 Real Madrid have failed to win their first trophy this season after elimination from the Supercopa de Espana and Zinedine Zidane hasn't managed to solve several issues which could help Los Blancos improve on the pitch.

Doubts hover over Real Madrid's chances of winning a trophy in 2020/21, as the team have also struggled in LaLiga Santander where Atletico Madrid seem dominant.

Let's take a look at the six issues that Zidane has this season.

After a couple of bad results back in November, Zidane has opted for the same starting line-up without rotating players who feature every three days due to the tight fixture list.

The Frenchman's changes paid dividends in the past and kept the team fresh and able to compete both in the Champions League and LaLiga Santander.

Players such as Martin Odegaard, Vinicius Junior, Eder Militao and Rodrygo Goes have hardly been given any playing time in the last couple of months.

That's a serious blow to their confidence, as Zidane has yet to find a way to integrate them into the team.

Real Madrid have become a relatively easy team to defend against, as Los Blancos lack the element of surprise in terms of tactical changes before or during the games.

The reigning LaLiga Santander champions are having a hard time in turning games around when the opposition take the lead.

That's when they need a push from the bench, yet Zidane often reacts too late with his changes with substitutes stepping on the pitch for the last few minutes of matches.

5. Lack of concentration against small teams

Real Madrid have beaten Barcelona, Atletico Madrid and Sevilla and have dropped points against newly-promoted Cadiz and Elche, a struggling Alaves and a crisis-hit Valencia.

Their below-par displays against minnows could be blamed to their lack of concentration or their inability to break down teams who sit deep.

6. Attack and defence can be improved

Thibaut Courtois has been excellent in the first half of LaLiga Santander and has saved Real Madrid several times from conceding.

Los Blancos' numbers in attack and defence are not hugely impressive, but they could, and should, improve if they want to compete for the remaining three titles.