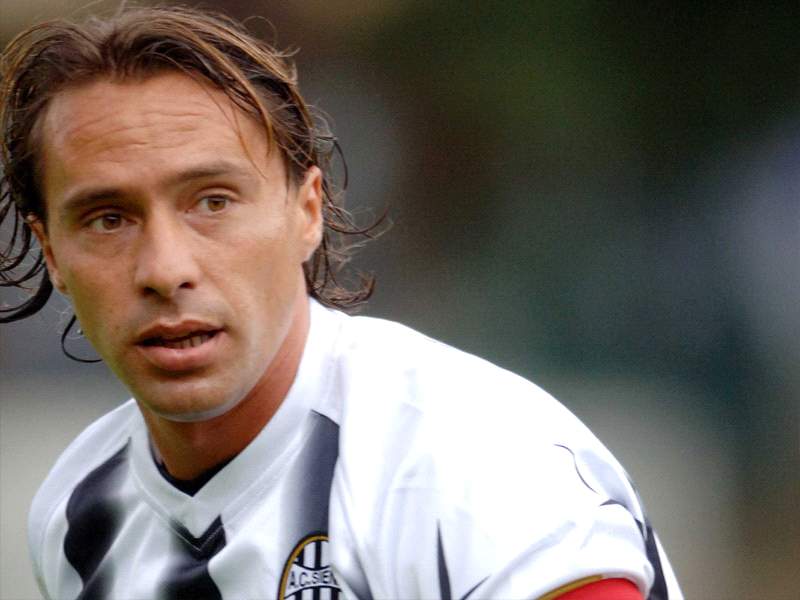 Perhaps to many fans, especially to the youngest, the surname Chiesa is familiar to them due to the irruption in the soccer elite of Federico Chiesa, current Juventus striker and one of the most outstanding players of the Italian team in the recently conquered European Championship, but did you know that Enrico Chiesa as a glorious father, one of the heroes of the Italian football?

Despite not being especially remembered as a star, the truth is that Chiesa's career was very long, specifically 22 years and more than 200 goals in his career in the ten clubs he played for, despite all the football predictions, which made him the best squire of many strikers with whom he shared a dressing room and always offered a more than optimal performance away from the media spotlight.

Enrico was born in Genoa in 1970 and began his professional career with Sampdoria in 1988, a team with which he spent different periods, after passing through Teramo Calcio and Calcio Chieti, teams in the C2 Series.

After another season at Sampdoria he signed for Modena in Serie B and then for Cremonese. In total he played 54 games with the "Samp" in which he scored 24 goals, 22 of them forming a great duo with Roberto Mancini.

But his years at Parma were perhaps the best of his career and where he finally began to recognize the fame of one of the "top" strikers in Italy at that time. With the Emilia-Romagna team he remained for three seasons, playing a total of 125 games and scoring 125 goals.

He is remembered not only because it was the team where he found more stability but also in his day it was the most expensive signing in the history of Italy and the third in the world, Parma paid at that time more than 12 million euros although surpassed by the signings of Ronaldo for Barcelona and Alan Shearer for Newcastle.

At Parma he formed a great attacking couple together with the Argentine Hernán Crespo and managed to win the Uefa Cup and the Italian Cup in which he coincided with historical players such as Gianluigi Buffon or Liliam Thuram being part of the best stage in the history of the club. The team's 98-99 season is simply to be remembered. He won his second Uefa in four years and achieved the double, also winning the Cup.

Olympique de Marseille was the rival of the partisans in the final played at the Luzhniki stadium in Moscow. Alberto Malesani's team beat the French by a resounding three-nil and Chiesa crowned his brilliant tournament by scoring the third midway through the second half. He finished as the competition's top scorer with eight goals, tied with Kovacevic and Kulawik of Wisla Krakow.

It was clear that he had to play a World Cup and his opportunity came in France 98. The Azzurra team qualified for the second phase without problems and after getting rid of Norway in the round of 16, ended up falling against the host in the quarterfinals in the penalty shootout.

Before that he had also played in Euro 1996, he is the Italian player who has scored the most for the national team coming off the bench with a total of five goals.

After passing through Parma, his next team was Fiorentina, although the continuous injuries did not allow him to reach his level in the first year and more with a lead with Batistuta and Mijatovic as companions.

Already in his second year he did better and finished the season with 22 goals. Later he went through Lazio and the modest Siena where he became captain.

He ended his days as a footballer with 40 years playing for AS Figline until 2010. Without a doubt, we are facing a striker who marked an era in Italian football.