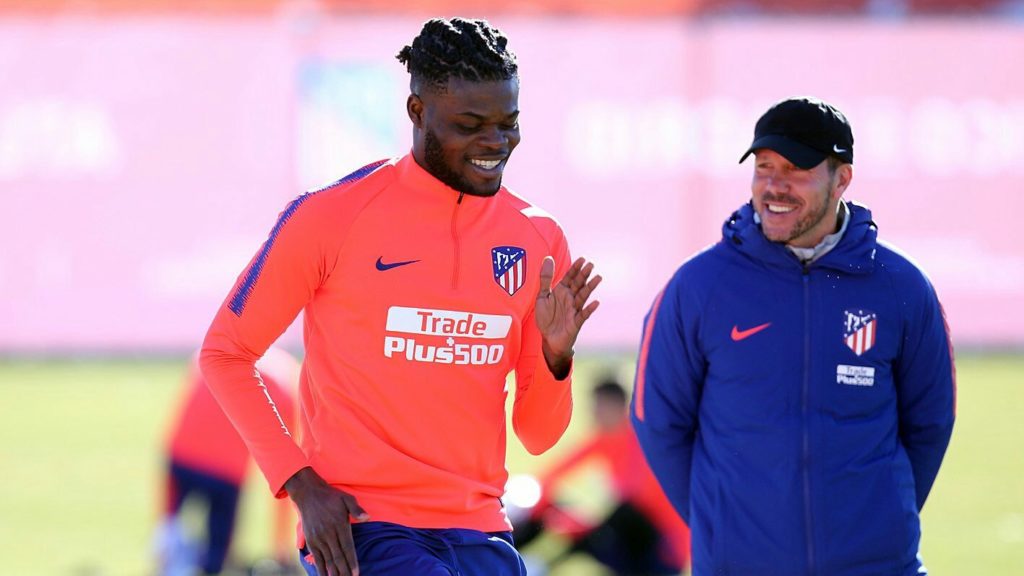 Thomas Partey is among Ghana's top players this year

Football in Ghana has a long and impressive history. The Black Stars have won the Africa Cup four times, while Accra Hearts of Oak won the African Champions League in 2002 and were rated one of the top ten clubs in the world by CNN.

But Ghana has also provided many top-flight players to clubs around the world. Here are some of the best players of Ghanaian descent currently setting European football on fire.

Leicester City midfielder Amerty is currently sitting out the 2018-19 season with a broken ankle sustained in an October 2018 match against West Ham, but he remains a player to watch.

Starting out with International Allies, he was snapped up by Swedish club Djurgardens IF in 2013, and the following year signed to FC Copenhagen for 2.5 million euros.

Leicester City secured the player for £6m in 2016, and he became a first-team player in the following season following the departure of N'golo Kante which has attracted commercial interest like Bk8 sponsorship of the popular game.

Though currently with Crystal Palace, Sclupp was an important part of the Leicester City side that won the English Premiership title in spectacular style in 2016.

Born in Germany of Ghanaian parents, Sclupp was raised in the UK and helped bring Leicester up to the premier league in 2014.

Known for his speed and athleticism, he was twice named the club's young player of the year, and in 2017 joined Palace for a reported £12m.

In 2009 he moved to Portsmouth FC and in 2010 received a Ghanaian passport.

As an international player with the Black Stars, Boateng scored from outside the penalty area in a 2-1 win against the United States during that season's World Cup contest.

Boateng announced his international retirement in November 2011 but returned to play for Ghana two years later, scoring their only goal against Egypt in a vital World Cup qualifier.

He is currently on loan at Barcelona from Italian club Sassuolo – Barcelona are looking to add the Copa Del Rey to their La Liga trophy this season.

You would perhaps have a better chance at an NJ online casino than predicting the scoreline – maybe that is something fans should leave to the professionals.

Often known simply as Thomas, the Atletico Madrid midfielder came up through the local youth ranks in Ghana before signing with Madrid in 2011.

In 2014 he was loaned to UD Almeria but returned to Atletico to play in the UEFA Champions League final. From 2016 on he has also played for the Ghana national team.

Rahman, AKA Abdul Rahman Baba, is currently left back for Reims, on loan from Chelsea. Known for his strength, speed and a high number of tackles and interceptions, he played an important part in many Chelsea victories in the 2015-16 season but was loaned out when new manager Antonio Conte decided Rahman's aggressive approach was incompatible with the more defensive tactics he favored.

These are just a few of the excellent Ghanaian players currently active in European football, many of whom are well worth watching.

It can also only be a matter of time before the national side once again achieves the status it deserves.