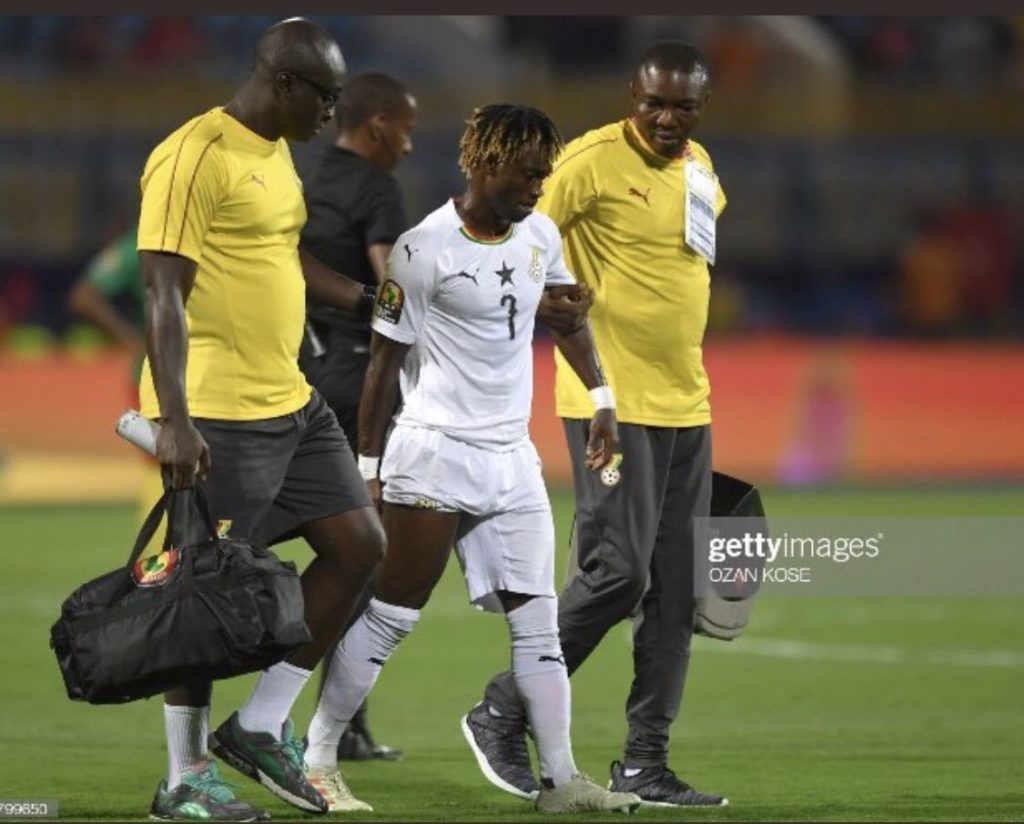 Christian Atsu has been performing well for Newcastle United

With the football season in Europe starting two months ago, several Ghanaian players have excelled for their clubs in the top leagues of the continent.

With presence in the English Premier League, Spanish La Liga German Bundesliga, Italian Serie A, French Ligue 1 and the other highly regarded leagues shows in impact of Ghanaians in the various competitions.

Even though most of the Ghanaians in these leagues have impressed in their matches but a few have been standout performers and Agen SBOBET Terpercaya https://sports369.club/ , SBOBET88 The Best Place For INDONESIAN SPORTSBOOK as well as Poker Online Terpercaya https://poker369.co/ , The Best Capsa Susun & DominoQQ are offering various odds for which players are likely to aid their teams to title success.

We examine which players have been the top of the tops of Ghanaians so far in the 2019/2020 league season in Europe.

Atsu has bounced back from his injury-hit 2018/19 season in some style for English side , Newcastle where he’s been a key threat.

The tricky wideman contributed two assists in six games, to help the Magpies recover from their poor start in the campaign.

Admittedly, the former FC Porto ace‘s can do a lot more in his decision making at the final third of the pitch.

Asamoah continues to be underrated despite another fine start to the Italian Serie A.

He is second only to Juventus’ Alex Sandro in terms of consistent display by left-backs in the top-flight league.

The 29-year-old — who is a midfielder by trade — has quickly adapted to the tactics of Antonio Conte, playing every single minute for the Nerazzurri this term.

What a season it’s been for Myron Boadu, who has announced himself as undisputed starter for Dutch side AZ Alkmaar.

For a 18-year-old, in his second full campaign in a major European league, his three goals and three assists in six matches for AFAS Stadion outfit represent an admirable return for a teenager.

He has rediscovered the mojo that earned him a move from Marseille to Aston Villa four seasons ago.

Ayew broke his season’s goalscoring duck for the Eagles in the famous 1-0 win over Manchester United last month, and has since added another one — scoring the winner at Aston Villa.

The 28-year-old’s superb performances has led manager Roy Hodgson to vehemently refute claims made by brother André Ayew last week that Jordan is under appreciated.

Duncan was one of the three best Ghanaian midfielders in Europe last season after netting four goals and tallying four assists in 26 outings for US Sassuolo.

The defensive enforcer warmed the bench in the opening day defeat against Torino due to fitness problems — having undergone a surgery over the summer.

However, he has subsequently picked up from where he left off last season by returning to the starting line up by scoring in two and three assists of the three matches he’s played so far this season.