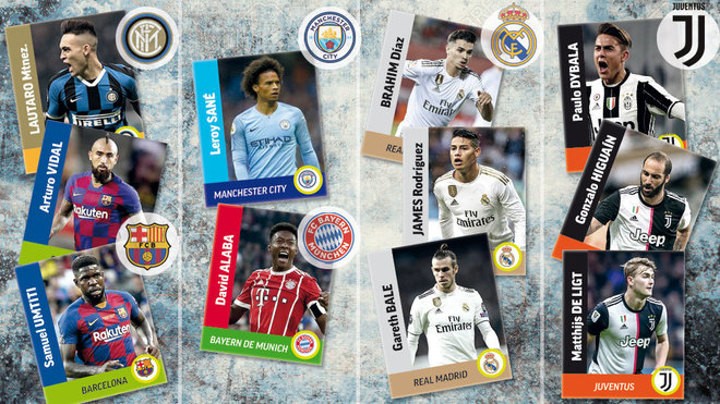 Although everything is up in the air, the transfer market never stops.

The uncertainty and financial losses of clubs will mean that their spending power is reduced and they'll be unable to outlay as much money on transfers.

Given this situation, there will be a return to the days of exchanges in order to make sure that teams can still obtain their targets.

That is the case for Barcelona in the pursuit of Lautaro Martinez, who has a 115 million euro release clause, but the Catalan club could look to include players in the deal.

The first to be linked is Arturo Vidal, while Samuel Umtiti is another who Antonio Conte may be keen on and Nelson Semedo is an alternative, as he was already suggested in the deal for Antoine Griezmann.

Atletico Madrid considered a swap deal of their own involving Alexander Lacazzette and Thomas Lemar as a plan B to Edinson Cavani in January, but neither move took place as Atletico's finances continue to be tight.

Real Madrid have so many players on their books that some will surely depart, not for financial reasons but simply to avoid overcrowding in certain positions.

Brahim Diaz, James Rodriguez and Gareth Bale could all be on the table, whilst Dani Ceballos, Alvaro Odriozola and Sergio Reguilon are among the loanees who will return to the club.

In Germany, meanwhile, Bayern Munich could look to swap Leroy Sane for David Alaba in a deal with Manchester City.

Another club who need to balance the books is Juventus, who could even consider the future of Matthijs de Ligt after a disappointing debut campaign.

Beyond him, in the pursuit of players like Paul Pogba there are others who could leave such as Gonzalo Higuain, Paulo Dybala, Douglas Costa and Federico Bernardeschi.

Whenever the transfer window arrives, and for however long it lasts, there could be plenty of swaps on the table.