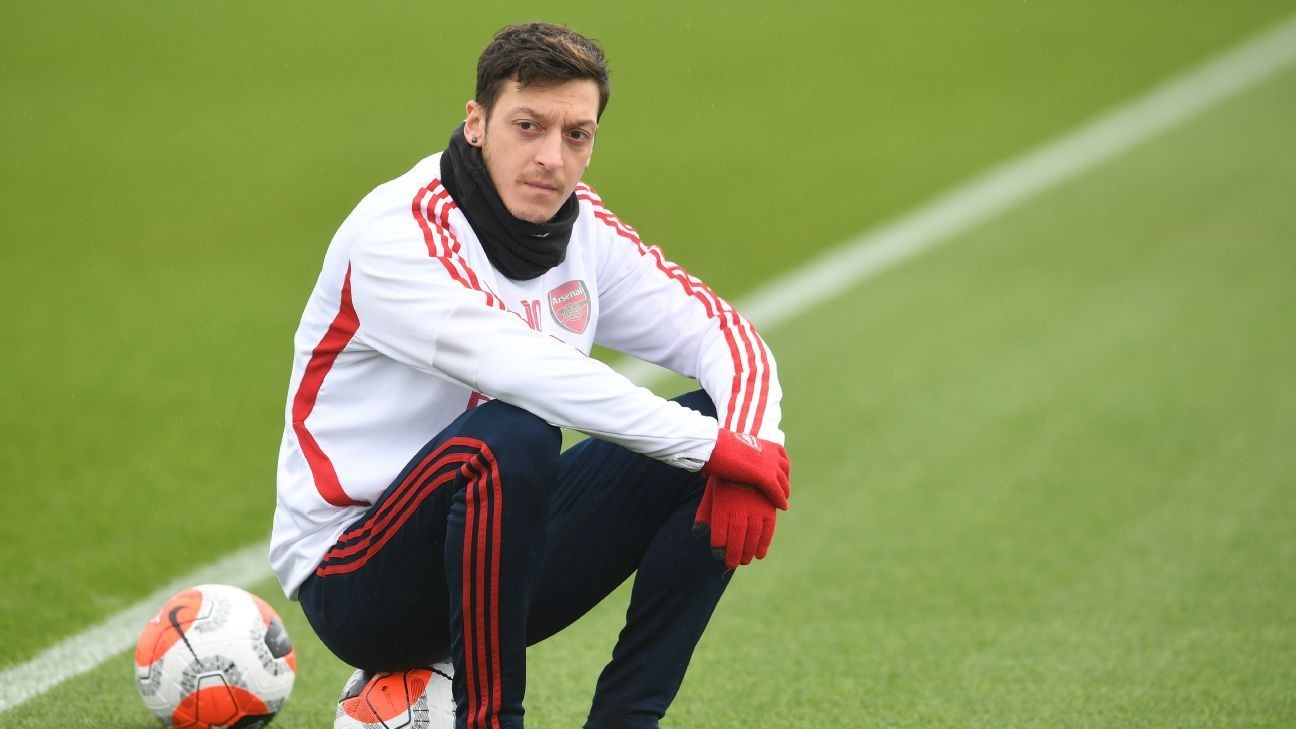 The transfer window will remain open until Oct. 5 for all of Europe's top leagues as the football world attempts to overcome the financial implications of the coronavirus crisis. But despite the extended period for sales and signings, some players are in danger of being bracketed as "The Unbuyables" this summer.

With no clear timescale for a return of supporters to matches, clubs are having to plan their transfer strategy with reduced budgets in terms of both transfer fees and player salaries.

Transfer window: Grading every big signing from Europe's top clubsHow Liverpool can stay ahead of the rest in the Premier League next seasonFA Cup secures Arsenal riches of European football -- riches they must use to keep Aubameyang

Liverpool manager Jurgen Klopp admitted earlier this summer that the financial uncertainty throughout the game forced the Premier League champions to abandon a move for RB Leipzig's Timo Werner, who instead signed for Chelsea for €53m, while Barcelona vice president Jordi Cardoner told ESPN in May that the club will favour swap deals rather than signings in order to keep outlay to a minimum.

But there is a group of big-name players who, for varying reasons, could be stuck where they are because their wages or transfer valuations make them unbuyable, and even unloanable, in the current climate.

It would not be a summer transfer window without a saga surrounding Bale, but the Real Madrid forward is likely to be out of reach for any interested club this time around unless he is prepared to take a huge drop in wages.

The former Tottenham Hotspur star, who joined Real for what was then a world-record €100m in 2013, is on a reported £600,000-a-week at the Santiago Bernabeu. Even if Real were prepared to subsidise a loan by paying half his salary, Bale would still cost any prospective loan club a staggering £300,000-a-week.

Bale, out of favour under Zinedine Zidane having made just 20 appearances all season and only two since La Liga's restart as Real clinched the title, has nowhere to go. With two years to run on his contract, China is perhaps the only potential destination due to the cost of any deal for the 31-year-old.

Manchester United are desperate to offload Sanchez, who has been an expensive flop since arriving from Arsenal in a player-exchange deal involving Henrikh Mkhitaryan in January 2018. The Chile forward has spent the season on loan at Inter Milan, scoring just four goals in 29 appearances, and sources have told ESPN that United have had to pay £12m of his £18m salary in order to make the deal affordable for the Italian club.

Sanchez still has two years to run on his United contract and Inter cannot afford to sign the 31-year-old permanently. But with United faced with a bill of £36m to pay Sanchez the remaining two years of his contract, another heavily subsidised loan or a massive bill to pay him up are the only options available to the club.

Barcelona want to take Neymar back to Camp Nou and the Brazil forward has done little to distance himself from speculation that he wants to return to the club, three years after his world record €222m transfer to Paris Saint-Germain. But PSG, owned by the hugely wealthy Qatar Sports Investments, have no need to sell and Barcelona can't afford to pay the Ligue 1 champions anything close to the fee they received in 2017.

Neymar earns a reported €36.8m a year at Parc des Princes, so the 28-year-old is likely to have to spend another 12 months with PSG and then hope they will sell next summer, when he will be a year from becoming a free agent.

Mesut Ozil has been out of favour at Arsenal. David Price/Arsenal FC via Getty ImagesMesut Ozil

Arsenal manager Mikel Arteta has made it clear that Ozil has no future at the club, having left the former Germany midfielder on the sidelines since the Premier League restart in June. But with the 31-year-old earning in excess of £300,000-a-week at the Emirates, Ozil is beyond the reach of most clubs and those that could afford him simply don't want a player whose best days are firmly behind him.

Ozil's contract expires at the end of next season, so Arsenal will either have to subsidise a loan or cancel his contract and pay him up. Ozil has admitted in the past that he is open to a move to the United States to play in MLS, but that won't happen unless he takes a huge pay cut.

Chelsea spent £71.6m to make Kepa the world's most expensive goalkeeper when signing the Spaniard from Athletic Bilbao in August 2018, but manager Frank Lampard is on the lookout for a new keeper after dropping the 25-year-old for the final two games of the domestic season, including the FA Cup final.

Sources have told ESPN that Lampard has lost faith in his error-prone No. 1 but, after two unconvincing years at Stamford Bridge, there is no prospect of Chelsea selling Kepa for anything close to the fee they paid for him.

All of Europe's top clubs are well stocked in the goalkeeping department, while the mid-ranking Spanish teams that might still rate Kepa would not be able to afford him.

At 27, it is becoming a case of now-or-never for Tottenham striker Kane if he wants to make the move to a club that would enable him to compete for the major trophies that have eluded him at Spurs. But with chairman Daniel Levy reportedly valuing Kane at £200m, the England captain has nowhere to go unless Spurs cut their pricetag by half or accept a player-plus-cash deal.

With Spurs missing out on Champions League qualification and in need of a rebuild under head coach Jose Mourinho, selling Kane could finance a recruitment drive, but no major club will pay a world record fee for a player who, while he scores goals, has suffered lengthy injury lay-offs in recent seasons.

play2:00Ogden: United as stuck with de Gea as Arsenal are with Ozil

Mark Ogden believes that Man United are stuck with goalkeeper David de Gea as nobody else wants him.

When De Gea signed a new four-year contract at Manchester United last September, the club believed they had secured the world's top goalkeeper for the best years of his career. But the 29-year-old's form, which has been in decline since a poor 2018 World Cup campaign with Spain, has deteriorated even further this season and there are question marks over his status as United's first choice.

United are stuck with De Gea, though, because his form will put off previously interested clubs, as will his £200,000-a-week wages. There is no obvious buyer out there, so United must hope that De Gea rediscovers his best form.

Statistically, Griezmann has had a reasonable first season at Barcelona following his €120m move from Atletico Madrid last year, scoring 15 goals in 46 games, but the France international has struggled to make the impact many had expected at Camp Nou. And with Barca needing to be creative in the market this summer in order to add to their squad and phase out their ageing players, Griezmann could be used as bait to land top targets.

But at 29, few clubs would risk a major financial outlay on Griezmann, who has four years left on his €21m contract.

Coutinho is the guy who bailed out of a lottery syndicate just before it hit the jackpot, with the Brazilian sealing his £142m move from Liverpool to Barcelona in January 2018, just before Jurgen Klopp's team set off on their path to Champions League and Premier League glory.

Two-and-half-years on, the 28-year-old is surplus to requirements at Barca and looking for a new club having just spent a season on loan at Bayern Munich. But with three years to run on his £250,000-a-week contract and Barca needing to recoup a large chunk of their huge outlay on the player, Coutinho faces being stuck at Camp Nou for another year at least.