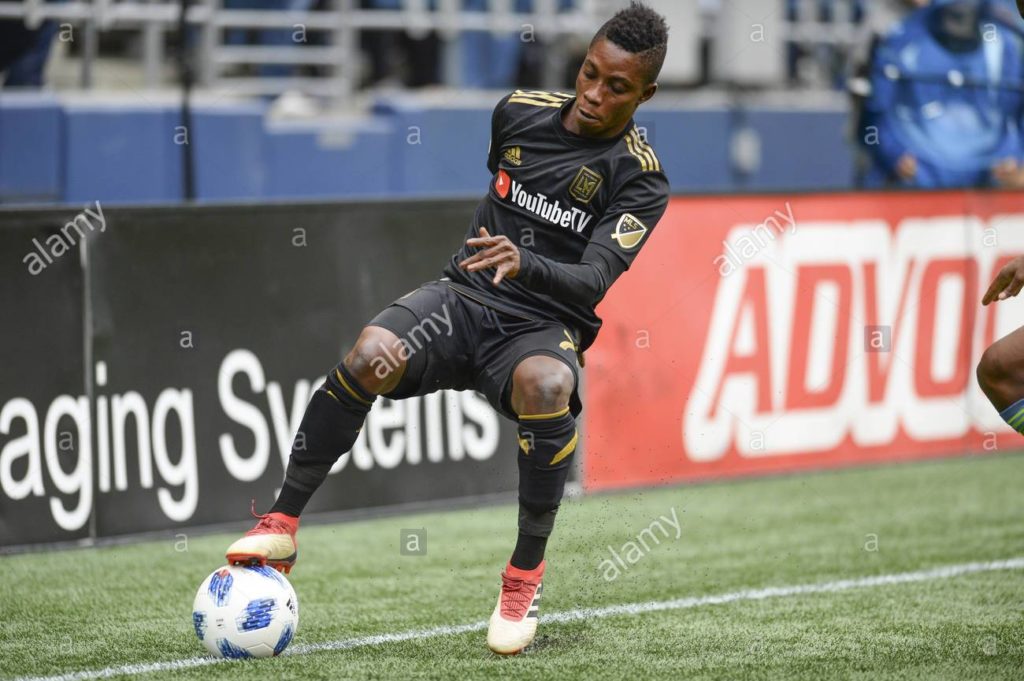 Major League Soccer shining star Latif Blessing is struggling to understand why he has never received a Ghana call-up.

Blessing was crowned the best player in the Ghana Premier League for the 2016/2017 season playing for Liberty Professionals.

Although he attracted interest from several European clubs, the 22-year-old opted for a move to the MLS.

He signed for Sporting Kansas City and played one season there before joining Los Angeles FC.

Last year, he scored five goals in 31 appearances and in 2019 he has scored one more

He feels that form should have earned him a Black Stars call-up but he was overlooked.

''I don’t get it,'' he told the Orange County Register. ''Yes, it’s politics. There is a lot of politics in Ghana when it comes to football. I’ve heard that they think the MLS is not a good league. Why say that?

It will be recalled Columbus Crew ace Jonathan Mensah and New York City FC midfielder Ebenezer Ofori were named in Ghana’s provisional squad for the 2019 Africa Cup of Nations.