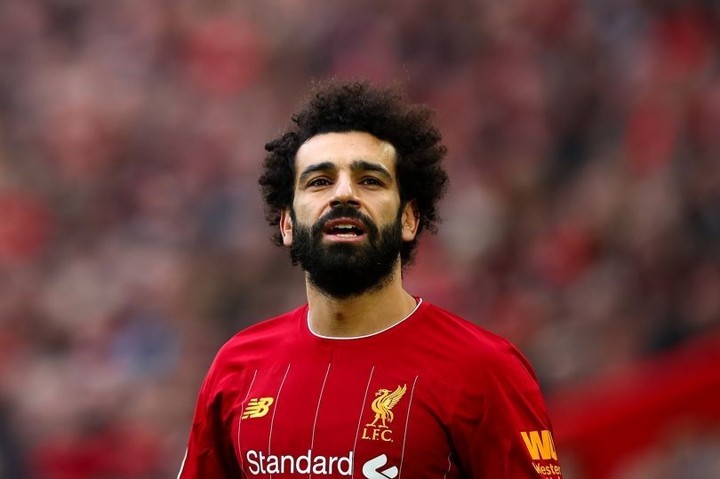 At the beginning of last season, Mohamed Salah was receiving criticism because his performance level appeared to drop in comparison to the previous year.

The Egyptian forward had broken the Premier League scoring record for a single campaign months earlier, but after a summer of recovery from the dislocated shoulder that he sustained against Real Madrid in the Champions League final, he was being labelled as a one-season wonder.

Gradually, though, Salah demonstrated his true ability and although he scored fewer goals overall compared to before, he took home the Golden Boot again after sharing the award with Sadio Mane and Pierre-Emerick Aubameyang.

This season, the 27 year-old has been the subject of denunciation once more. By the start of December, Salah had bagged only six Premier League goals and three assists, which isn't a great deal by his standards but seemed to derive from yet another knock.

Hamza Choudhury fouled the Liverpool man when Leicester made the trip to Anfield in October, which forced the Reds' attacker into missing the following match against Manchester United.

Salah returned to the side shortly afterwards but as per Jurgen Klopp, fluid was being drained from his ankle regularly before matches as a means of managing his injury.

He was substituted against Aston Villa and Brighton, and remained on the bench against Crystal Palace and Everton. Salah's influential nature had dwindled, at least according to some.

However, based on the numbers he's currently posting, it's reasonable to suggest that he's fully recovered from the setback that was suffered against the Foxes.

Since travelling to the Vitality Stadium to face Bournemouth, Salah has scored eight goals while registering three assists. He's averaged a scoring contribution every 87.5 minutes.

Salah's game appears mostly unchanged but now that he's healed, his actual execution in decisive moments has improved as a consequence of his clean bill of health.

His upturn in form is perhaps best captured by his ability to create for others and how that's evolved since Bournemouth.

Expected Assists (xA) offers an insight into the likelihood of a shot being scored by considering aspects such as difficulty and location, and it tends to provide an accurate summary of whether a player deserved an assist or not regardless of whether the shot that he generated was scored.

The change in Salah's xA per 90 is pictured below.

Up until the clash with the Cherries, Salah's xA per 90 was just 0.08, which is lower than the figures posted by Mark Noble, Granit Xhaka and Matteo Guendouzi last season to name but a few.

Since, though, it has advanced significantly to 0.51 per 90.

The shots that Salah provided for others before the change are pictured below (left), compared to those that he's produced since regaining full fitness (right), despite playing fewer minutes.

The difference is stark and beyond creation, even Salah's ability to take shots appears to have enhanced. His shot map for matches up until facing Eddie Howe's outfit is shown below (left), compared to after (right).

Based on his Liverpool career to date, he looks to be the type who struggles to deliver as clinically when carrying a knock unlike some others.

Whenever he's completely free of problems, though, he's one of the most dangerous offensive players in world football which he's showcasing through his current form.