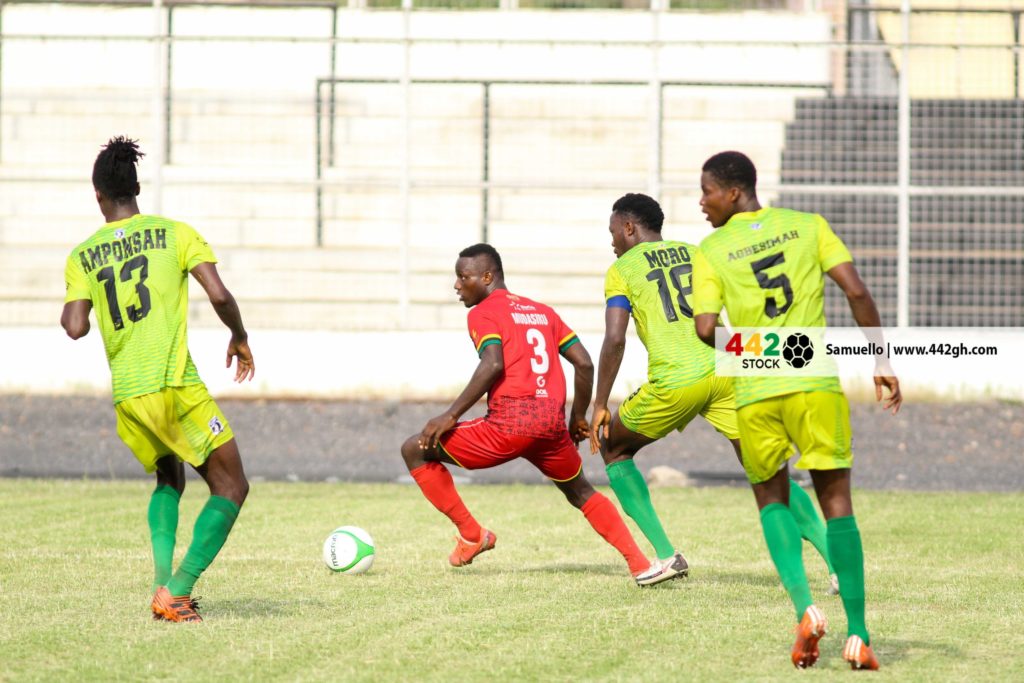 Bechem United coach Kassim Mingle Ocansey has blasted his players for a poor showing in the heavy defeat suffered in Obuasi against Asante Kotoko.

The Hunters were battered by the Porcupine Warriors in the rescheduled matchday 16 fixture on Wednesday, losing 4-0.

Despite the prematch optimism, the former FA Cup champions failed to live up to their words, leaving the gaffer totally disappointed with the display of his lads.

“They did not have the confidence to win, they all flopped but I can’t tell unless we go back to the dressing room and find out," he said after the game.

However, the ex-Madina Republicans coach wants the players to put the 'defeat behind them' as they prepare for the rest of the campaign.

“Though we’ve lost but that will not deter us because it is an outstanding match so we are going to play our second game in the second round. We will put the defeat behind us and prepare for the rest of the matches ahead of us” he said.

Bechem United travel to Sogakope to play WAFA on Sunday.