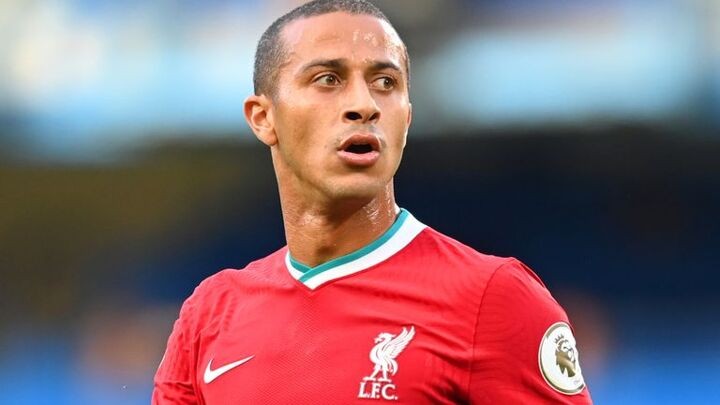 Thiago Alcantara remains a few weeks away from a return to action following the knee injury he sustained in the Merseyside derby in October, says Liverpool manager Jurgen Klopp.

Thiago has not played since he was caught by a red-card challenge from Everton forward Richarlison in the 2-2 draw at Goodison Park - a game which also saw Virgil van Dijk sustain anterior cruciate ligament damage.

Liverpool initially confirmed the close-season signing from Bayern Munich had avoided a serious injury but the severity of the collision continues to sideline the Spain international ahead of the busy December schedule.

"On that day when he got injured in that bad challenge in the Everton game, there was another bad injury and after the scan there was good news and really bad news," Klopp said.

"[With Thiago] nothing was broken or ruptured but it was still a massive impact on the knee.

"The impact on the leg was that big that it's still not okay. It is not massive, and he trains from time to time, not at the moment because we have to realise we have to go through further steps.

"I can't say exactly when he will be fine, but it will take a few weeks."

Liverpool captain Jordan Henderson will, however, be available for the home Champions League tie against Ajax on Tuesday as the Reds target a win which will qualify them for the knockout stages.