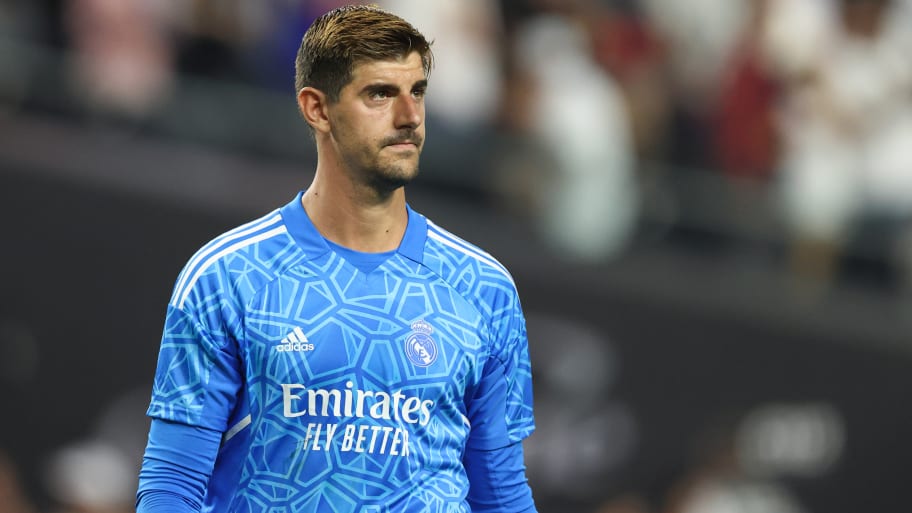 Thibaut Courtois has warned Barcelona fans not to get too excited about their victory over Real Madrid this summer.

Real, who won La Liga and the Champions League last season, suffered a blow to their preparations for the new campaign as they fell to a 1-0 defeat to their fierce rivals in Las Vegas' Allegiant Stadium.

Both managers named strong lineups and the football on show was fast and impressive, but ultimately it was Barcelona who had the last laugh as an impressive strike from summer signing Raphinha proved the difference.

In the wake of the game, Courtois has insisted the defeat means nothing at all.

"Obviously, you can't draw many conclusions," he said. "Some players have been training for two weeks and others just one.

"The most important thing was to pick up the pace, start with good intensity which we haven't always had in recent years. For our first game, it was good. The only negative is that we didn't get a goal and they scored a great one. We hit the crossbar and theirs went into the top corner."

He continued: "In pre-season the result doesn't count. I remember when we lost 7-3 against Atletico Madrid [in 2019] and then beat them twice to win La Liga. The results now don't say much.

"Obviously, we prefer to win here, in front of the United States fans, but it's the first game and we had to pick up the pace. We don't like the defeat but we don't have to overreact to it either."

Despite calling for caution about the result, Courtois did acknowledge the presence of a problem for Real - the absence of Karim Benzema, without whom Los Blancos looked a little toothless in attack once again.

"We won La Liga and the Champions League with this team and we have faith, but if Karim is not there, we are missing a goal or creating less danger," the goalkeeper admitted.

"It is the first game, so we don't have to draw conclusions. In the Super Cup, we know everyone must be ready."