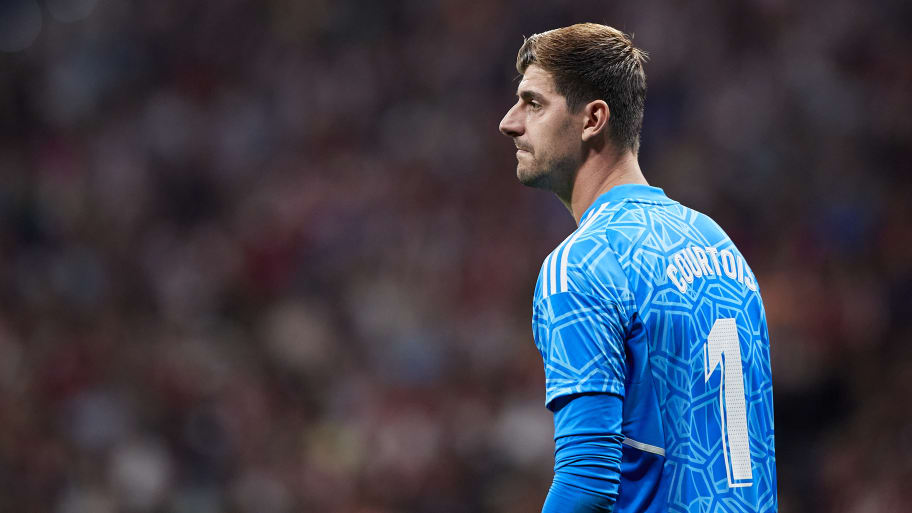 Real Madrid goalkeeper Thibaut Courtois is targeting a return to action by the time Los Blancos take on Barcelona in the first Clasico of the season later this month.

Courtois has missed both of Real’s two games since the September international break, sitting out the draw against Osasuna in La Liga and the Champions League win over Shakhtar Donetsk.

The Belgian twice played 90 minutes for his country in the Nations League but has been struggling with a back injury since then.

Courtois wasn’t involved in Real training on Thursday or Friday ahead of this weekend’s local La Liga clash with Getafe. But Marca has at least reported that he hopes to be back for Barcelona’s visit to the Bernabeu on 16 October.

In addition to missing out against Getafe on Saturday, that also means being ruled out for the reverse fixture against Shakhtar next week.

Usual back-up Andriy Lunin has filled in for Courtois and will continue to get the nod until the number one returns. Castilla goalkeeper Lucas Canizares, son of former Real, Valencia and Spain stopper Santiago, has also been promoted to the first-team to make up the numbers.

Real are looking to bounce back in La Liga this weekend, with the Osasuna game seeing Los Blancos drop their first points of the season and being leapfrogged into top spot by Barcelona.

This article was originally published on 90min as Thibaut Courtois targets injury return in upcoming Clasico .