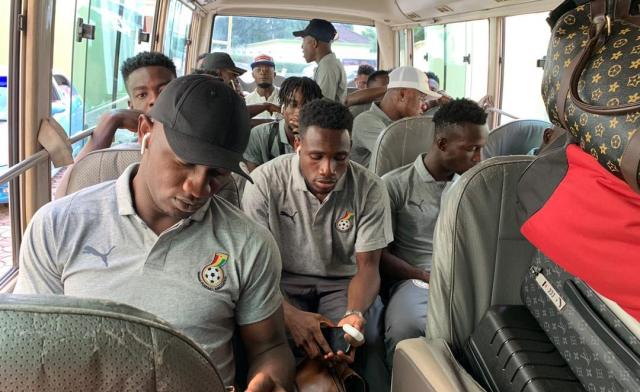 Players of the Black Meteors have complained over the poor treatment they received after their game against Algeria in Accra.

The team had to return to their hotel in an old Black Stars bus, with officials needing to pick Taxis back to their camping base.

Ahead of the game, news broke that the foreign based players were made to pay their own air tickets for the game in Ghana.

“They’re treating the Algerians better than us, as if when we go there these guys will treat us any better,” one player told Citi Sports.

“This is disgraceful, it’s like they don’t care about this game. The pitch wasn’t even watered. Just putting water on the pitch too, they didn’t do it,” another cried out.

The Black Meteors played out a 1-1 draw against the Young Fenecs in Accra with the return return of their CAF U-23 cup of nations qualifiers scheduled for Tuesday in Algeirs.

The winner of the two legged game qualifies for the competition in Egypt next year, where the final three teams earn their places at Olympics in Tokyo 2020.