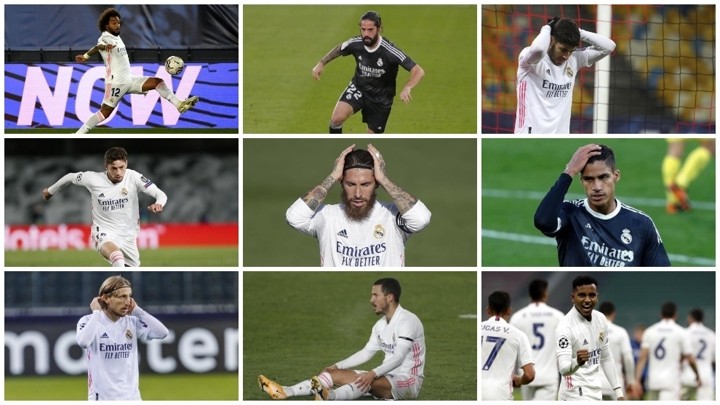 The Real Madrid squad has gone under constant evolution since Milorad Mazic blew the final whistle of the 2018 Champions League final against Liverpool.

The immediate departures of Cristiano Ronaldo and Zinedine Zidane suggested a new era was beginning for Los Blancos, who had just come European champions for the third successive year.

However, two-and-a-half years into this new era, Real Madrid have gone backwards and lost their spot amongst the elite teams on the continent.

Zidane may have returned to the dugout, but the squad just isn't the same.

Real Madrid spent the 100 million euros they received from Cristiano Ronaldo on Vinicius Junior and Rodrygo Goes and, although the two Brazilians are highly promising players, they're not going to win you a Champions League right now.

Vinicius has already made 83 appearances for Los Blancos at the age of 20, but he's scored 11 goals in that time. As for Rodrygo, he's not ready to assume the goalscoring responsibilities of the team, although his numbers - eight goals in 37 games - are good.

The two striker signings since Kiev, Luka Jovic and Mariano Diaz, haven't been able to challenge Karim Benzema for a place in the team, nor have their provided anywhere near as many goals as Cristiano did.

Eden Hazard has been the big, marquee signing in the last couple of years, but injuries have ravaged his Real Madrid career since arriving for 100 million euros from Chelsea in the summer of 2019.

Players who haven't made the step up

After the departure of Cristiano, Real Madrid were expecting a lot more from Marco Asensio. The 2018/19 season wasn't good for him, while he missed almost the entire 2019/20 campaign with a serious knee injury.

Since the start of the 2018/19 season, Asensio has scored nine goals in 66 games, which isn't bad, but nor is it up to Real Madrid's lofty standards. The goals could still come, though, as he regains fitness and form.

Raphael Varane, meanwhile, was expected to be a leader in this new-look Real Madrid squad and, although he's worn the armband on occasion, he's not in that position just yet. High-profile errors have damaged his reputation in recent months.

From the team that started that final in Kiev, Fede Valverde is the only player who has brought something new to the fold. The Uruguayan has already forced his way into the midfield trio of Casemiro, Toni Kroos and Luka Modric.

Players who have lost their spark

Marcelo and Isco were at the heart of Real Madrid's three consecutive Champions League triumphs, but their performances have dropped off since.

Santiago Solari had already called them out during his time in charge and, while Zidane has tried to recover their form, the two experienced players haven't responded.

Sergio Ramos and Benzema remain the spine of this Real Madrid team. They have accepted leadership and goalscoring duties since Cristiano left, increasing their output in front of goal.