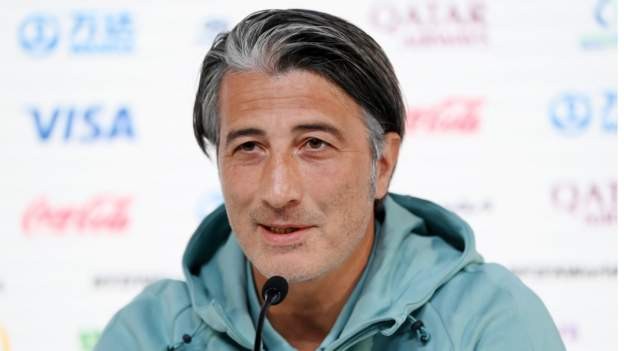 Switzerland boss Murat Yakin says the current national side is the "best that has ever existed" as he eyes a run to the latter stages of the World Cup.

The Swiss have reached the last-16 stage in three of their past four appearances at the tournament but have not progressed to the quarter-finals since doing so as hosts in 1954.

They take on Cameroon in their Group G opener on Thursday.

"We have improved a lot and now we want to write history," said Yakin.

"I think that we are seeing the best Swiss national team that has ever existed.

"We are not only here to participate. We are here to win and we want to get to the next round."

Yann Sommer and Ricardo Rodriguez have both shaken off knocks to give Yakin a fully fit squad to chose from for Thursday's match at the Al Janoub Stadium﻿.

Switzerland knocked France out of Euro 2020 on their way to the quarter-finals but I don't see them having the same impact at this World Cup.

Xherdan Shaqiri has been their go-to man for the past few years but he is playing in the MLS now so a lot will rest on the shoulders of Granit Xhaka - who has been superb for Arsenal this season - and young Red Bull Salzburg striker Noah Okafor, who is definitely a player to watch.

Let's face it, these two sides and Serbia are probably playing for second place in the group behind Brazil.

Chris Sutton's predictions for the opening round of World Cup games

Switzerland have qualified for their 12th World Cup, finishing top of their group ahead of Euro 2020 winners Italy. It's their fifth in a row, setting their longest run of consecutive appearances in the tournament.Switzerland are unbeaten in their opening game in each of their five appearances at the World Cup (W2 D3), since losing 5-0 against Germany in 1966. Cameroon have qualified for their eighth World Cup, the most by an African team. They have also played more matches at the World Cup than any other African nation (23), while only Nigeria (23) have scored more goals at the tournament among African sides than Cameroon (18).Cameroon have lost each of their past seven games at the World Cup. Only Mexico have ever lost more games in a row in the competition's history (9 between 1930 & 1958).