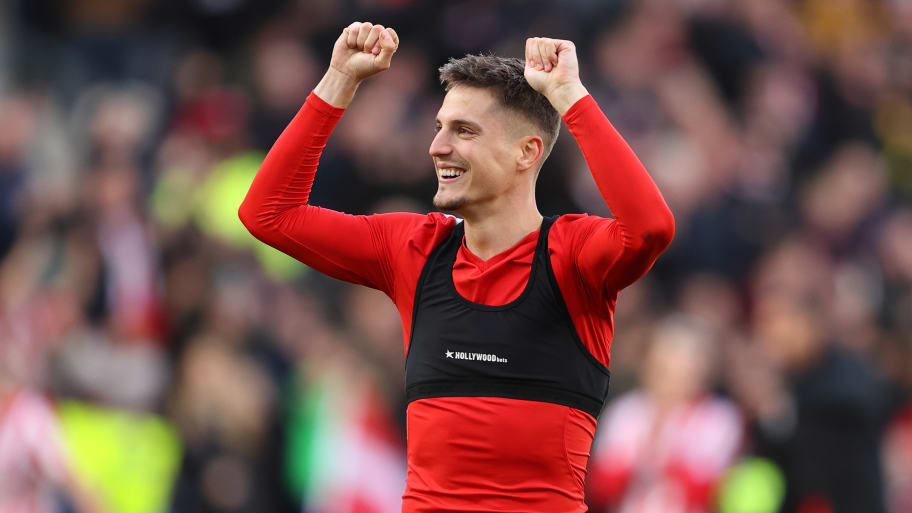 Brentford head coach Thomas Frank has admitted he was surprised to learn of reports linking Sergi Canos with a move back to Barcelona.

Catalan outlet Sport reported earlier this week that Barça had been offered the chance to bring former youth player Canos back to Camp Nou for around €10m.

Ahead of Brentford's clash with Southampton on Saturday, Frank was asked whether there was any substance in this report.

"Chris [Wickham, Brentford's communications director] said it to me this morning, it came as a little bit of a surprise for me!" Frank admitted.

"I think Sergi is a brilliant player, we all know he’s got a past there. What is a rumour or what is a little bit of truth in it, honestly I don’t know.

"I guess if there’s more into it, Phil [Giles, director of football] will knock on my door and tell me."

Canos first left Barcelona in 2013 to join Liverpool's youth setup, but would make just one appearance for the Reds. He first went to Brentford on an initial loan in 2016 and joined on a permanent transfer from Norwich a year later.

The 25-year-old hit the headlines when he scored Brentford's first goal as a Premier League club back in August, breaking the deadlock in a memorable 2-0 win at home to Arsenal.

Traditionally a winger, Canos has predominantly featured at wing-back this season, though has also spent some time playing as a striker.

This article was originally published on 90min as Thomas Frank responds to Sergi Canos links to Barcelona.