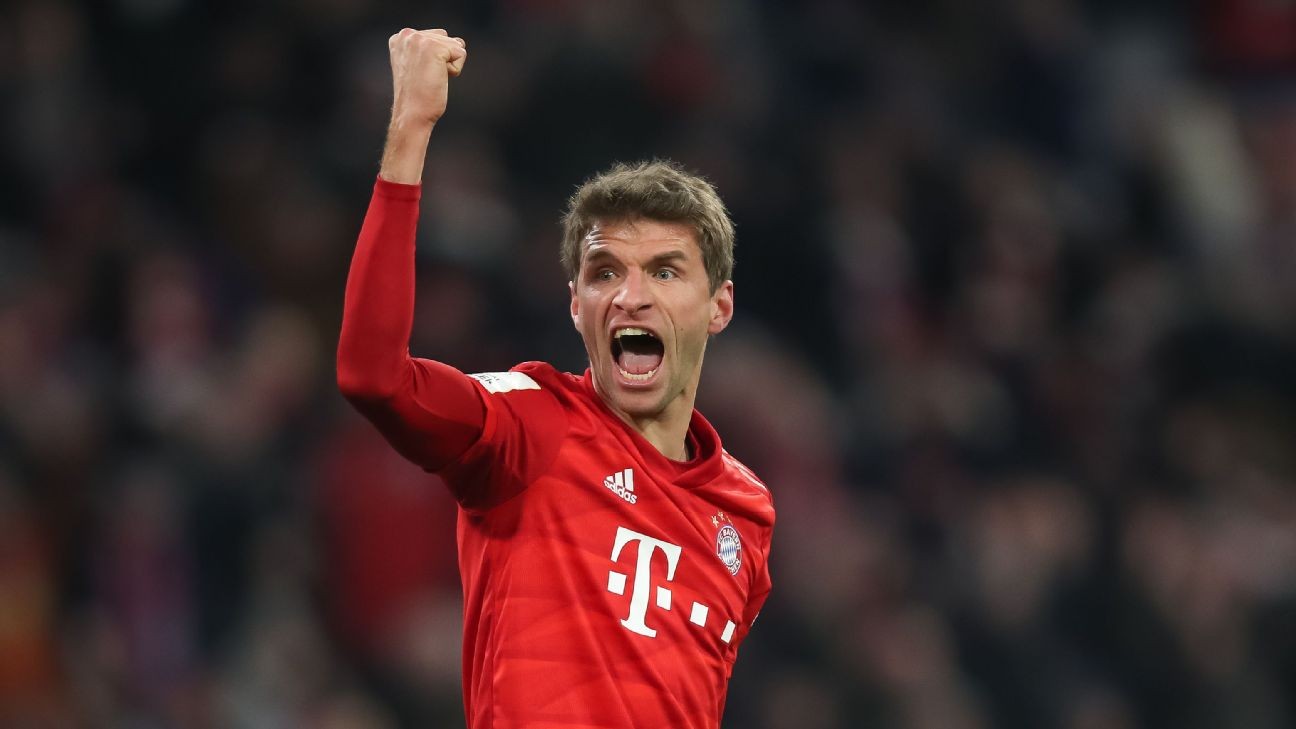 Julien Laurens explains the changes Hansi Flick has made in his time at Bayern Munich to earn an extension. Gab Marcotti explains why Manuel Neuer should not re-sign with Bayern after they signed Alexander Nubel.

Thomas Muller has signed a contract extension at Bayern Munich until 2023, the club announced on Tuesday.

Muller, 30, flirted with a move away from the Allianz Arena in late 2019, but has now committed his future to Bayern.

The forward has been with the club for almost 20 years and he could end his career as a one-club player.

"This club is more than just any old employer for me," he told the club's website. "It's my passion. Both sides signed with an absolute good feeling.

"I am sure that once we are playing again, we will continue to be very successful. It was my top priority to sign a new contract here, and the club had similar thoughts."

Muller is one of Germany's most decorated players with one World Cup, one Champions League, one Club World Cup, eight Bundesliga titles and five DFB-Pokal trophies to his name.

"He has shaped this club with his outstanding football and his likable personality for more than 10 years," Kahn said of Muller, who has played in over 500 competitive matches for Bayern since his senior team debut under then-coach Jurgen Klinsmann in August 2008.

Last Friday, the Bundesliga leaders handed Hansi Flick a permanent contract. The 55-year-old had been appointed the club's interim coach following the sacking of Niko Kovac in early November 2019, but now will stay on until 2023.

Muller has returned to form under the new boss and it had been expected that the forward would decide his future when Flick signed a permanent deal.