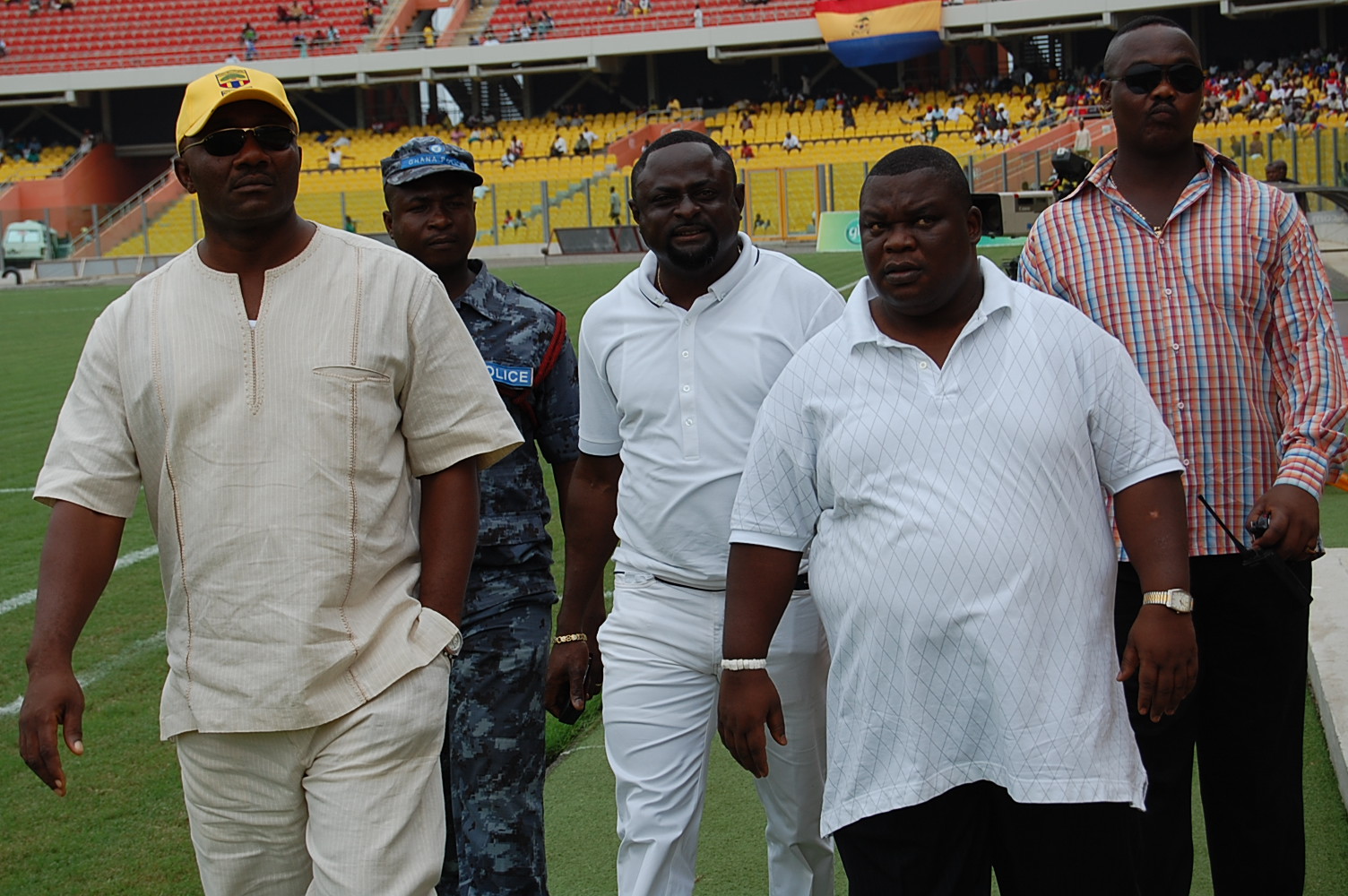 Thomas Okine, leading from right, is unhappy with comments passed about him on radio but TT brothers fails to retract accusing comments

The Ghana Olympic Committee (GOC) President Ben Nunoo has hailed former Hearts of Oak Board member Thomas Okine now Gbese Mantse as one of the best football administrators to have managed the club.

Ben Nunoo Mensah, a shareholder of the club said the era of Thomas Okine saw Hearts of Oak dominate in the local scene as they won multiple Ghana Premier League titles and the CAF Confederation Cup.

According to him, comparing Thomas Okine’s administration to that of the current Board led by Togbe Afede is a non-starter as the latter’s style of management was unique.

“For me, Thomas Okine has been the best football administrator the country has ever produced. We will never find the likes of Tommy Okine in our football again”, he told Ashiaman TV.

The GOC President also advised the current Board to seek out ideas from the old Board members who were instrumental in the club’s success story in the past.

“One of the things that I’m not happy with, as a shareholder of the club, I would have wished our leadership would have been more embracing to welcome those who have sacrificed for the club to where it was before Togbe took over. Sometimes they feel very bad that nobody walks to them to engage them or invite them for inputs on issues and that is what I will want our leaders to take a second look at”

Hearts of Oak have failed to win any major trophy since Togbe Afede VIX took over the club as the majority shareholder.