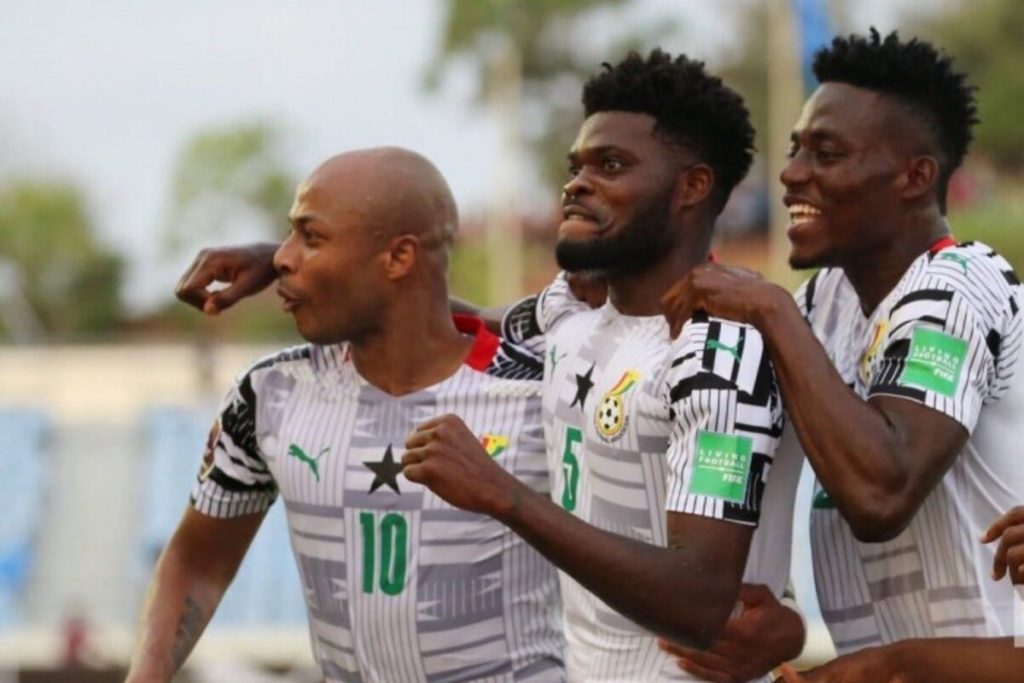 Partey’s free-kick from outside the box flew past the goalkeeper as Black Stars completed the double over the Warriors on Tuesday in Harare.

The result has taken Ghana to the summit however they could be back in second position as South Africa have home advantage when they take on Ethiopia later on Tuesday.

The goal is Partey’s second in successive games after scoring the second as Ghana beat Zimbabwe 3-1 in Cape Coast last Saturday.

He had missed the team’s first two in the qualifiers and made a huge impact upon his return for the crucial double-header this month.

Below are some social media reactions to the victory as Partey is hailed by Ghanaians.

Thomas Partey has now scored a goal in each of the four games he has captained the Black Stars. pic.twitter.com/ZI0GNRohf6

Thomas Partey is out there scoring proper free kicks. The last time Ronaldo scored a free kick, Yaw Tog was still an SHS student...can never be my Goat.

Thomas Partey has 12 goals already for the Black Stars from Central midffield. That is crazy.

Thomas Partey is what Chelsea fans think Jorginho is

The black stars is gradually catching Ghanaians attention and bringing the love back. With Kamaldeen Suleymana, Kudus and Thomas Partey, France and Germany sef can’t win against us walahi🔥