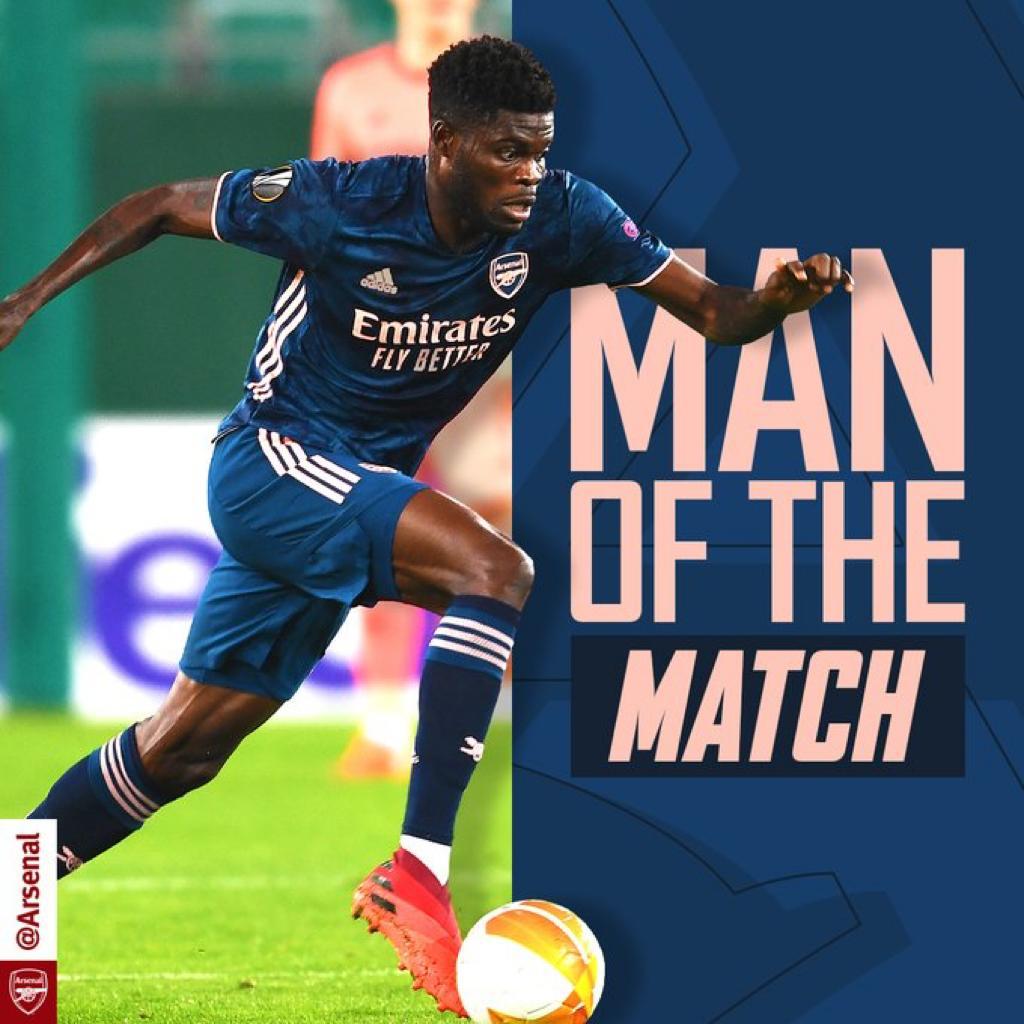 Ghana midfielder Thomas Partey has been named the best player during Arsenal's 2-1 win against Rapid Vienna in the UEFA Europa League on Tuesday night.

Partey is gradually becoming a cult hero at Arsenal after playing just two games for the side since joining from Atletico Madrid this summer.

The 27-year-old commanded the midfield with ease as the Gunners rallied to record a 2-1 victory against Rapid Vienna in Austria.

He was named the club's Man-of-the-Match after finishing the match with high ratings.

Partey recorded 92 passes in the game, giving him a percentage rate of 90.

The former Tema Youth enforcer also made one key pass but won 4 aerial duels and 5 tackles.

Partey overall touched the ball 102 times and made 1 clearance and interception apiece which made him one of the most influential players on the pitch.

He made his Gunners debut recently in the Premier League against Pep Guardiola’s Manchester City, joining the action as a second half substitute.

Arsenal went on to narrowly lose the fixture 1-0, though have started the season brightly with nine points from five matches so far.