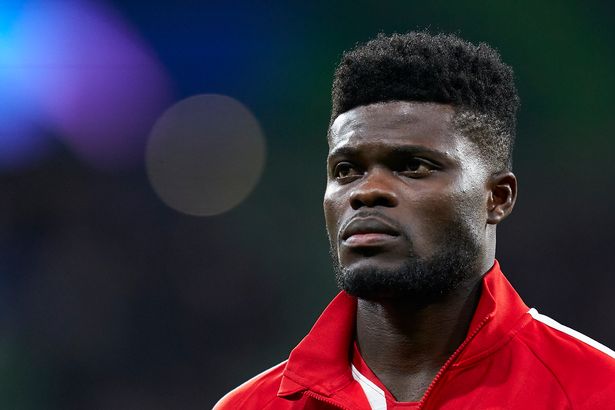 Partey, 27 has been one of the key performers for Atletico Madrid in this season's competition helping his side eliminate defending champions Liverpool from the competition in the Round of 16 stage.

He displayed a world-class performance in the two-legged game against the English championship.

The Black Stars midfielder was hit by injury during Atletico's final La Liga game of the season against Real Sociedad but has recovered in time to help his side in the competition.

Thomas Partey was back out on the grass on Monday as Atletico Madrid trained ahead of their Champions League quarter-final with RB Leipzig.

Atletico Madrid under Deigo Simeone is yet to lose in the knockout phase of the competition when the side they play against doesn't involve Ronaldo.

In their the last previous elimination they lost to Ronaldo's Real Madrid and Juventus.

Partey will be eyeing the Champions League trophy with Atletico this season after losing in two finals to their neighbours.

A win against RB Leipzig will see them through to the semi-final stage where they will come up against French giants PSG.