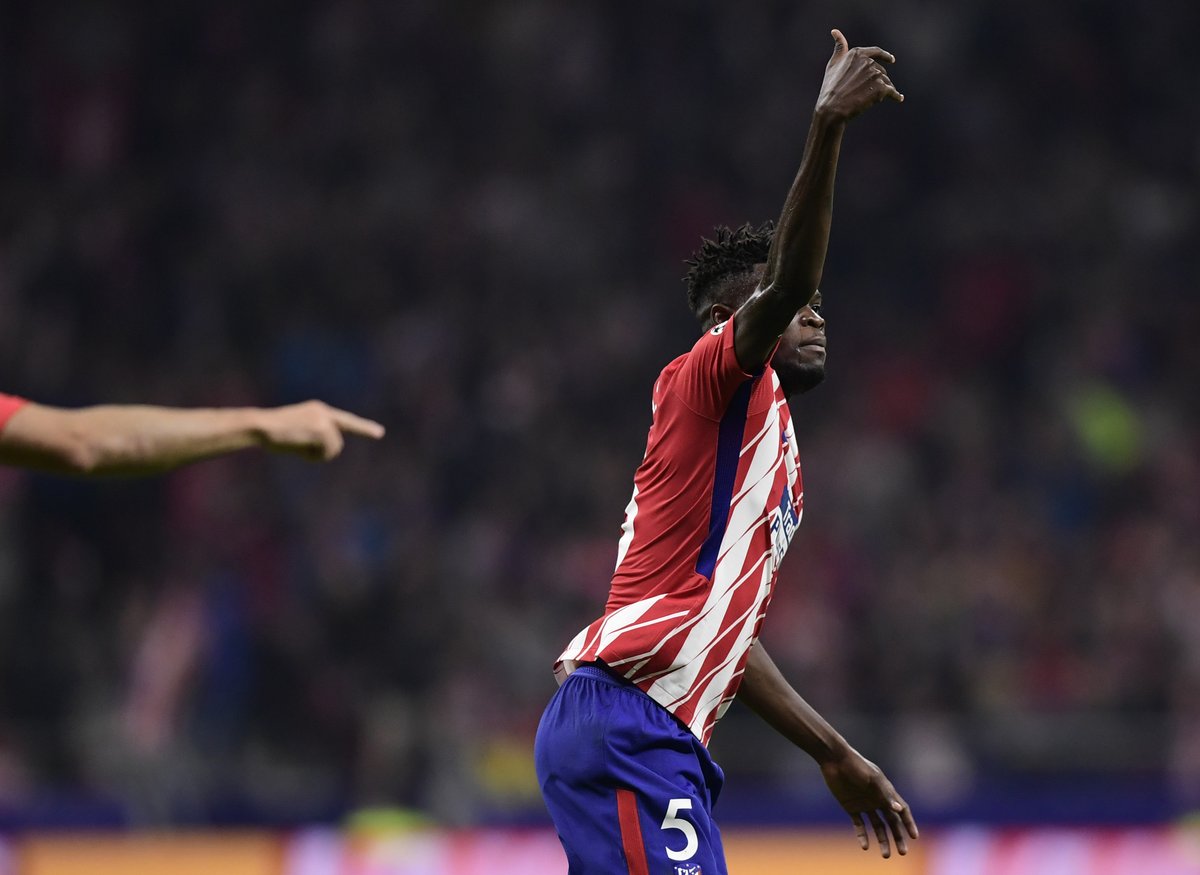 Ghana's Thomas Partey celebrating his goal in the Champions League

Atletico Madrid’s Thomas Partey opened his account in the UEFA Champions League with a beautiful strike to rescue a point for his side against minors Qarabag.

The 26-year-old received a pass from French international Antoine Griezman just outside the eighteen yard box and drilled home a truly beautiful strike outside the box which leveled up things for the home side.

The goal was a significant one as it made Thomas the first African to ever score a UEFA Champions League goal for Atletico Madrid.

Before that Atletico had fallen to a Michel Medera strike and the equalizer gave them hope of a likely revival but tried as they did they failed to get the all important second goal.

The disappointing draw at home means Chelsea and AS Roma are poised to progress to the last sixteen with Atletico falling to the UEFA Europa League.