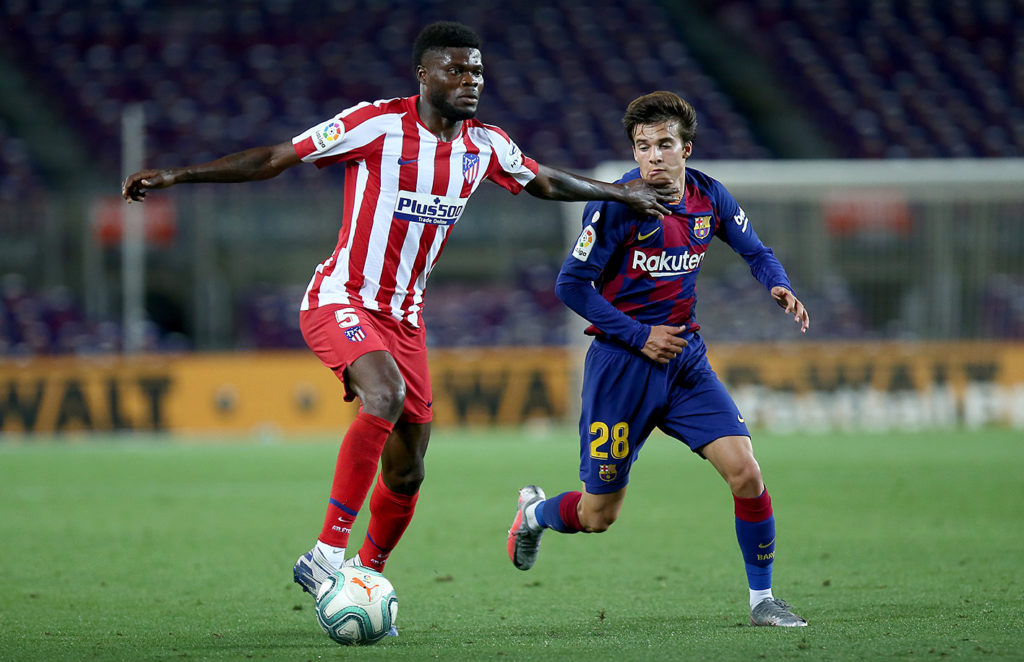 Ghana midfielder Thomas Partey was at his usual best again as Atletico Madrid held Barcelona at the Camp Nou to further dent their hopes of clinching the La Liga title.

The in-demand midfield ace produced a solid performance in the heart of midfield, winning and distributing balls expertly, leaving a worn out Barca midfield working hard to keep up to his pace.

The draw in the second in a row for the La Liga champions, having drawn at Celta Vigo at the weekend, to leave them trailing rivals Real Madrid, who have a game in hand.

Lionel Messi scored his 700th career goal with a beautiful chipped panenka penalty to put the Catalans ahead after Diego Costa scored an own goal in the 11th minute before Saul Niguez leveled eight minutes later from the spot.

The Rojiblancos secured a vital point after they were awarded another penalty, which was expertly converted by Niguez.

Thomas Partey has been outstanding for the Madrid based club, and looks like he could be leaving the Spanish giants this summer following interest from Arsenal.