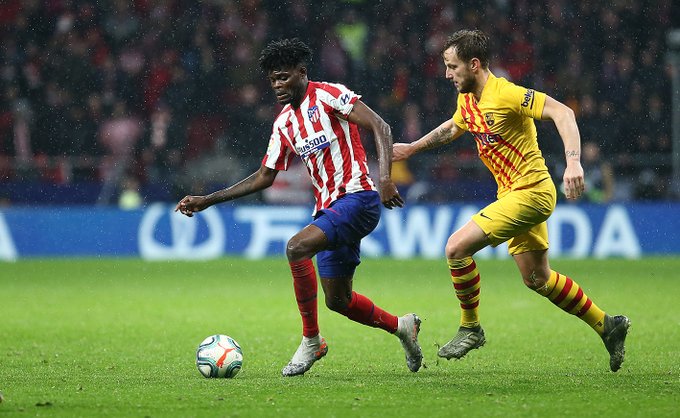 Lionel Messi scored a late winner for the Catalans as they leap to top of La Liga on goal difference.

Before Messi curled sweetly into the corner of Jan Oblak's goal from the edge of the penalty box with four minutes remaining for his 11th goal in 10 games.

The defeat leaves Atletico sixth on the table with 25 points after 15 La Liga games.

Partey has played 13 games in La Liga this season, netting a goal for the Rojiblancos.